Brands Show Their Love For Moms In New Campaigns 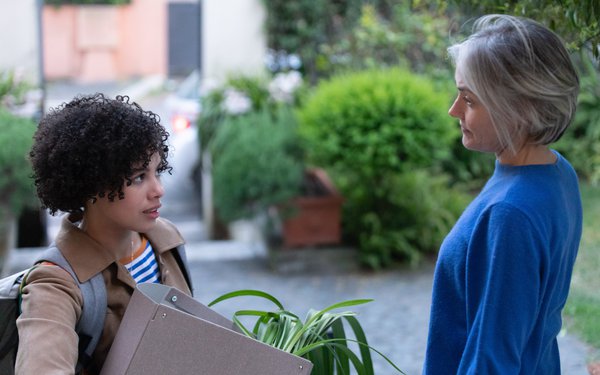 Berlin Cameron is introducing a new brand identity for Mommy Matters a female healthcare brand offering products that support women through all stages of pregnancy. The makeover seeks to speak directly to women, no matter what stage of pregnancy they are in, by letting them know it's okay to attend to their own needs as well.

Berlin Cameron created new messaging, logo, photography usage, and product naming guidelines, as well as a range of marketing materials which illustrate the importance of moms taking care of themselves.

The messaging also includes an advocacy mission in which a portion of all sales goes to the brand’s sister company, Saving Mothers, an organization of doctors and allied professionals that work with governments and local organizations to improve maternal healthcare in resource-limited regions.

Mischief is working pro bono with nonprofit The Chick Mission to help raise awareness of insurance failing to cover fertility treatment for cancer patients by taking over a digital Times Square billboard in NYC on Sunday as well as most of the 3,000 LinkNYC billboards across the five boroughs. The billboard will read "Having Cancer Isn’t A Choice. Having Kids Still Should Be," while the kiosks will feature an ultrasound of a woman rendered infertile by cancer.

Meanwhile, Mischief is also releasing a campaign for hand soap company gelo that recognizes "motherhood is messy" and #ItsNotAllRoses.

Moms are invited to submit their stories via Instagram and TikTok and then over the coming weeks, the brand will share this documentation across its social channels and turn some of them into custom stickers people are encouraged to use on its reusable hand soap bottles. Several contributors will receive their own oil painting commissioned for them.

"Life as a parent—especially a new parent—is most definitely not all roses. And there’s a lot of fun in that,” says Bianca Guimaraes, partner and executive creative director, Mischief. ”Bottling up those messy moments in a world of glamorous social media lies seems like the most real thing we can do this Mother’s Day.”

Fancy is using its talent to help moms with the I Support The Girls (ISTG) social media campaign to encourage donations of nursing bras.

The campaign rolls out a series of shareable, illustrated assets with the intent they will be spread virally, all with the added options of donating cash or purchasing on an Amazon wish list. ISTG will be accepting donations via www.liftamom.com for two weeks, starting on Mother’s Day through Sunday, May 23.

NIVEA and agency partner Publicis One Touch are drawing attention to the phenomenon of millennials moving back home through a video recognizing the importance of appreciating the relationship with one’s mother – who is now both a new roommate and a longtime caretaker.

In addition to the online film, the global campaign includes static photography, and GIFs.