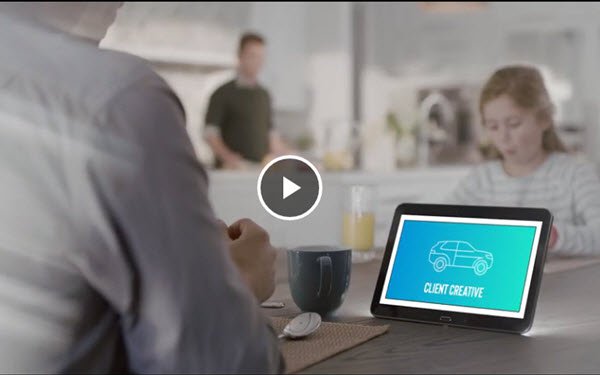 NBCUniversal has unveiled a series of new advertising “experiences” that use new technology to integrate brands, messages and celebrities into content in ways that blur or erase traditional lines between the two, as well as enable viewers to choose which ad creative they view and engage in ecommerce.

NBCU is positioning the offerings — which employ capabilities including augmented reality (AR), quick-production techniques and geo-targeting — as positives for consumers (“prioritizing the consumer experience”), as well as brands.

"Our Content and Commercial Innovations are an ongoing opportunity for NBCUniversal to completely reimagine the viewer experience, while creating new ways for our marketing partners to propel their business forward," stated Josh Feldman, chief marketing officer, NBCUniversal Advertising & Partnerships. "We know that people today are craving authentic connection more than ever, and we're thrilled to add a new layer of interactivity to the viewing experience for consumers and advertisers alike.”

To enhance the timeliness and relevance of ad creative, NBCU is offering advertisers the ability to use cutting-edge production techniques and trafficking processes to shoot new premium video and get it on-air within 36 hours.

The new interactive and integration formats will be available across One Platform, the global NBCU advertising distribution systems that enables integrated buys across its linear and digital assets, including its networks and Peacock streaming service, across traditional and digital/OTT platforms and devices.

The offerings include @homeShopping, an extension of the ShoppableTV capability NBCU debuted last year. That consists of AR-driven ecommerce programming that features “NBCU talent” pitching brands’ products and services, with interactivity enabled by One Platform Commerce. Viewers use their mobile devices to scan on-screen QSR codes for more information and purchasing.

A new interactive feature called “Choose Your Destiny” allows viewers to use their mobile devices to engage in social voting that determines which ad version is shown in an upcoming linear pod, or choose the “narrative” for the branded content to which they will be exposed.

”Stay in Show” uses “native canvasses” within a show — like the screen of a laptop being used by one of the show’s characters (above) — to insert ads. Advertisers can also use geo-targeting to “layer passive placements on top of the viewer experience,” says NBCU.

One example offered by NBCU: One of the “Real Housewives of New York” storms off after a dinner and runs into a yellow cab. As she’s riding home, the TV in the back of the cab airs the brand creative. Another: After a “mind-bending” moment on WWE, the camera pans around to capture the reactions of fans’ faces throughout the ThunderDome. The camera then zooms in on an empty screen, which starts to play the sponsor’s creative.

“Interactive Scripted Commercial Launch” uses 2D and 3D technology to create a “seamless transition” between content and commercial breaks — inserting, for instance, a transition frame that superimposes the client’s product, along with the show’s logo, over show content.

“Take:15” lets brands use NBCU talent — “iconic stars” — to introduce their commercials with a joke, “a talent tip offered to viewers about the product they are about to see, graphic-based creative that adds a new layer to a brand's story, or a precocious insight delivered by the up-and-coming generation of tastemakers.”