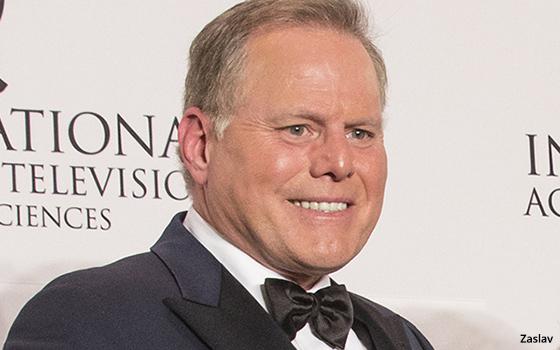 Amid major disruptions to legacy media companies -- in terms of the fast-growing premium streaming world -- a surprising and massive new media deal is in the works.

It would merge Discovery Inc with AT&T’s WarnerMedia, according to Bloomberg News.

A Discovery spokesperson would not comment after being reached by Television News Daily on Sunday. AT&T representatives did not respond by press time.

A deal could be announced as early as this week, according to the story.

David Zaslav, CEO of Discovery, would lead the combined new company, which will become a new publicly traded company, co-owned by AT&T and Discovery.

In 2018, AT&T bought Time Warner for $85 billion, and the company was rebranded as WarnerMedia.

The deal would come on the heels of a previously announced AT&T deal in February to sell a significant 30% minority stake in its declining pay TV satellite service, DirecTV, to TPG Capital -- an investment asset company -- for $16.2 billion.

For both these DirecTV and WarnerMedia media acquisitions and other deals, AT&T has taken on a massive amount of debt; as of August 2020, it totaled $153.39 billion.

AT&T'S WarnerMedia made a major push to compete in the premium streaming space with the May 2020 launch of HBO Max.

By 2025, it estimates it will reach 120 million to 150 million global HBO Max-HBO subscribers. AT&T does not break out the specific number of subscribers for HBO Max.

Discovery Inc. said its discovery+ -- a service consisting of unscripted/reality TV series from its collection of cable networks, including Discovery Channel, HGTV, Food Network, and others, which launched in January of this year -- had 15 million subscribers at the end of April.

The probable decision to sell WarnerMedia comes amid many senior-level changes at the unit over its short four-year history under AT&T.

While AT&T long-term debt is a major factor, it is also about rising premium streaming video competitors, according to recent analysts' musings.

This includes the dominant player Netflix, which continues to spend record levels on TV and movie content -- a projected $17 billion this year. Right behind Netflix, is fast-growing competitor Disney+ -- which has seen recent soaring subscriber gains and is ready to spend continued billions on content.

After these two, according to analysts, comes as HBO Max and others face a longer road in terms of subscriber gains. This includes NBCUniversal's Peacock and ViacomCBS' Paramount+. Previous to this deal, analysts contemplated a possible Peacock and WarnerMedia business combination.

For HBO Max, AT&T has been counting on HBO's longtime premium cable TV-movie content quality as a major lure for streaming consumers. For decades, HBO -- the premium cable channel -- regularly scored the most Emmy nominations.

Warner Bros. has also fared well in terms of movie-studio results -- although in recent years it has ceded the top box-office revenue spot to Walt Disney.