Budweiser Gets Its Holiday Cans In A Row 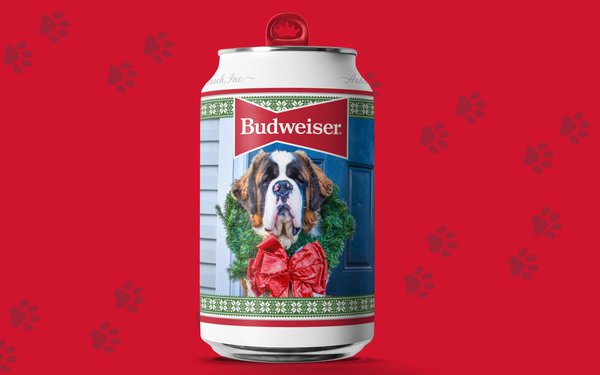 Budweiser’s been busy lining up specialty cans for the months ahead.

First up, available by Memorial Day weekend through Aug. 9, are three different iterations, each boasting red, white and blue designs emblazoned with stars and stripes.

Budweiser’s embrace of a patriotic theme around the July 4holiday is nothing new -- although, unlike at least once in the past decade, the brand won’t be replacing its own name with the word “America.”

It will, again, though, be donating to Folds of Honor, which provides scholarships to spouses and children of America’s fallen and disabled military service members. From Memorial Day to July 4, Budweiser said it will donate $1 (up to $75,000 total) for every case of beer sold (18 to 34 cans per case) to the nonprofit. Over the past decade, Budweiser has donated $18 million to this cause.

The patriotic cans will also be featured in summer commercials that began running Monday across TV, digital and social, as well as in merchandise collaborations and social giveaways through Labor Day. David Miami is doing the creative for the TV spots, while Budweiser’s internal marketing/social group draftline handles the organic social content.

And then comes holiday season, featuring a dog named Wilson.

Wilson, a one-and-a-half-year-old Saint Bernard from Colorado, will appear on Budweiser cans during the fourth quarter after beating out over 100,000 other canines to win the brand’s Pupweiser competition.

For the past few years, Budweiser has featured one of its own Dalmatian puppies -- who ride with the brand’s famed Clyesdales -- on its holiday cans. Last year, via social media, the brand made it possible for consumers to mock up cans personalized with their own dogs’ photos. This year, Bud made a contest out of those mock-ups.

Pupweiser was announced in early May on Facebook, Twitter and Instagram, with dog owners invited to upload photos of their pets during a six-day period. The brand itself picked four finalists, and then the public had three days to vote for its favorite. (Or did one of Budweiser’s Dalmatians actually sniff out the winner, as shown in this video from Bud’s Instagram account?)

Although the competition has ended, consumers can still see how their own dogs would look on Budweiser cans by uploading photos at us.budweiser.com/pupweiser.

As part of the promotion, conducted by draftline, the brand has donated $25,000 to Pets & People Foundation, a nonprofit that provides pet-assisted therapy visits.