Toyota Amps Up Support Of Paralympics 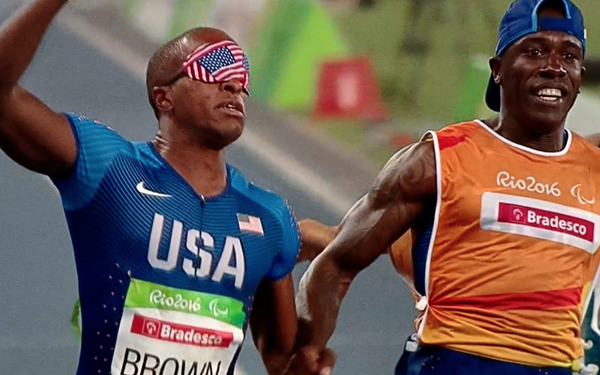 Toyota is increasing its support of Team USA’s Paralympic athletes with nearly $5 million in stipend and sponsorship opportunities.

The automaker created a one-minute video to promote the announcement. The video is being shared on social media but there is no paid media behind it.

Toyota believes in the power of sport and its ability to connect people with diverse backgrounds as they compete with mutual respect towards a common goal, says Dedra DeLilli, group manager, sponsorship, integration and auto shows, Toyota Marketing, Toyota Motor North America.

“Through sport, the Olympic and Paralympic Games bring together the entire world,” DeLilli tells Marketing Daily. “When the Olympic and Paralympic Games Tokyo 2020 were postponed, we shared in everyone’s disappointment. But, just as our Team Toyota athletes showed resilience in handling the delay, we at Toyota saw the additional time as an opportunity to further the work we were already doing to elevate awareness of the Paralympic Movement.”

In partnership with the U.S. Olympic & Paralympic Foundation and using the newly created Toyota U.S. Paralympic Fund, a one-time stipend of $3,000 will be made to all eligible Team USA Paralympic athletes who are currently training and in contention to represent the United States at the Tokyo and Beijing Games.

Consumers can also make additional donations by visiting https://support.teamusa.org/Toyota. Dollars raised will provide direct support to Paralympic athletes and the programs that help them reach their full potential.

Toyota will also offer sponsorship opportunities to athletes named to the U.S. Paralympic Team for both the Tokyo and Beijing Games.

Historically, Toyota has been an active supporter of Paralympic athletes and adaptive sports. In 2015, the company became the official worldwide mobility partner of the Olympic and Paralympic Committees for the 2017-2024 period. In addition, Toyota is a  partner of Team USA and several Paralympic National Governing Bodies and Paralympic national teams.

As a mobility company, Toyota is also lending its engineering expertise to Paralympic athletes, who may require specialized equipment.

Looking ahead to the Beijing Games, TRD is collaborating with the U.S. Paralympics Alpine Skiing team to develop a sit-ski, which the team hopes to use in competition.