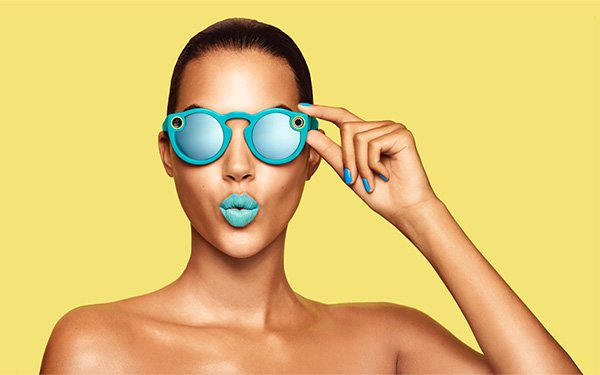 It seems as if Snap accomplished something Google and Facebook could not -- finding a home for its augmented-reality glasses with content storytellers.

Evan Spiegel, Snap CEO, unveiled the company’s first augmented-reality technology for glasses this week at its partner summit. But unlike Google and Facebook, these Spectacles aren’t for consumers.

They are for an undisclosed number of AR creators who can request them through an application program online.

The move aims to encourage some of the 200,000 people using Lens Studio who already make AR effects they distribute in Snapchat to experiment with creating experiences. The glasses, Spectacles, are powered by a new Snap Spatial Engine, with hand and surface tracking that the company claims to offer a realistic representation of digital objects.

On Friday, Snap announced it would buy WaveOptics, a company that makes lens and other parts for augmented-reality glasses. The $500 million deal aims to cement Thursday’s announcement, despite the fact it will be years before the company releases the glasses to consumers.

Spiegel said Snap has been working with WaveOptics for years on the glass that allows people to see three-dimensional objects. “It represents a long-time investment in Spectacles,” he said in an interview with CNBC.

It will be years, maybe 10, before consumers can buy a version, he said.

They have been working on the glasses for about seven years. It’s all about encouraging the creators to build for Spectacle, so buy the time they’re released to consumer the platform will have “amazing” experiences.

Lenses can appear quickly in a person’s field of view through a 15-millisecond motion-to-photon latency. The AR starts through a phone, but then the glasses take over and operate on their own for about 30 minutes on one charge.

Google Glasses tried to do what Snap did. In 2019, Focus glasses from a company called North at the time had the ability to provide walking directions, talk to Amazon Alexa, call an Uber, and more.

A laser in the right arm functioned similar to one in a car. The information projected in front of the person on the lens, with the ability to look straight through it. Then Google in June 2020 acquired North, and the pioneer in human computer interfaces and smart glass space disappeared.

With Google’s focus on voice and AR technologies, will the advertising industry see a comeback where the focus, once again, turns to search.