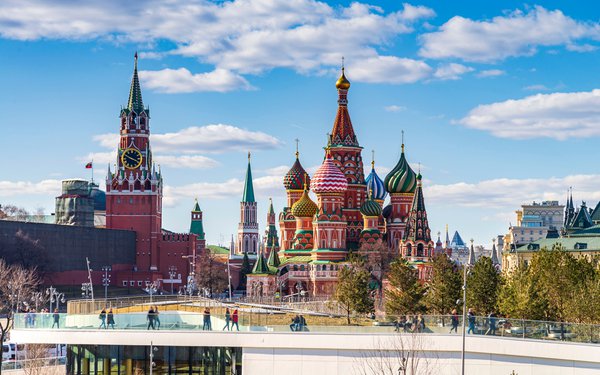 Roskomnadzor, Russia's communications watchdog, on Monday gave Google 24 hours to delete content it deemed prohibited or face a fine, as well as eventually slowing down the company's traffic in the country.

Russia had placed a slowdown on Twitter for not deleting banned content -- part of a push by Moscow to rein in Western tech giants and beef up what it calls its internet "sovereignty," according to Reuters.

Roskomnadzor told Reuters it sent more than 26,000 calls to Google to remove illegal information, including videos containing information on drugs or violence.

While Russia and other countries address undesirable content by limiting the types that people can post online, in the United States, social media has become a tool to communicate and share inflammatory content and information to wide groups of readers.

In the U.S., during the weekend, TikTok received backlash for allowing a post titled "Adrian’s Kickback" -- reportedly intended to be an impromptu birthday party organized in Huntington Beach, California. The invitation went viral and the gathering turned into a riot on Saturday night.

Police declared an “unlawful assembly” late Saturday as an unruly crowd grew, and shortly after imposed a curfew from 11:30 p.m. for all individuals until Sunday at 5 a.m. Police jurisdictions throughout Orange County were called to help control the crowds, which reports estimated to be in the thousands.

Nearly 150 people were arrested, after some in the crowd set off fireworks and threw rocks and bottles at police.

The TikTok user named @adrian.lopez517 posted a video on May 19, inviting and promoting the event, named Adrian’s Kickback. Then @samaraleilani ran an ad on TikTok for her law services in the event someone got arrested. The video informed viewers of legal rights.

The account is now private, but Search and Performance Marketing Daily reached out to TikTok during the weekend. The company did not respond.