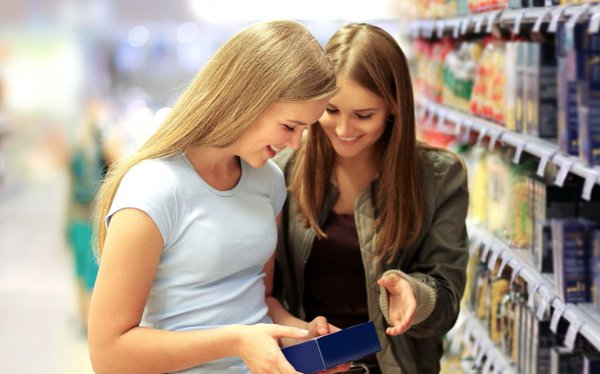 Recommendations from family/friends and TikTok videos are among the top drivers of product purchases among Gen Z females, according to the 2021 IRI Gen Z survey.

Meanwhile, television ads rank much higher for influencing purchase decisions than do influencer posts on Facebook or Instagram.

The 998 people who participated in the February survey are described as “female-forward, non-binary” respondents. According to IRI, this translates to anyone who is “either female, presents as female or does not want to be defined in strict male/female terms.”

Among the respondents, 59% said family/friends recommendations were the most likely to influence their product purchases. TikTok videos were cited by 39%, in-store displays by 38% and TV ads by 31%.

Two forms of traditional advertising media—billboard and radio ads—ranked at the bottom of the list (4% and 6%, respectively).

The prominence of TikTok speaks to the role of discovery in Gen Z product purchase behavior, according to IRI and its survey partner The Female Quotient.

The Female Quotient describes itself as an organization that “provides companies and business leaders with the research, tools, and experiences to create equitable workplaces.”

For Gen Z, one aspect of discovery is visual when it comes to products and their merchandising.

“They are keenly aware of product packaging and the messages it sends. Don’t be the brand that touts sustainability and then uses multiple layers of plastic in packaging,” IRI said in a survey report titled "Understand Me, Don’t Define Me."

“Organic recommendations from family and friends carry more weight and are more likely to influence an actual purchase, than any other way that Gen Z may learn about a product/brand,” according to the report.

Despite the influence of all things digital in their lives, brick-and-mortar retail shopping is preferred by more than half of survey respondents ages 17-23.

“There is a sense of immediacy and control about the in-store shopping experience that is appealing to Gen Z’s,” the report notes.

Trader Joe’s is “consistently mentioned as a favorite CPG retailer” for a variety of reasons—among them a sense that the chain balances “the quest for quality with the desire for value.”