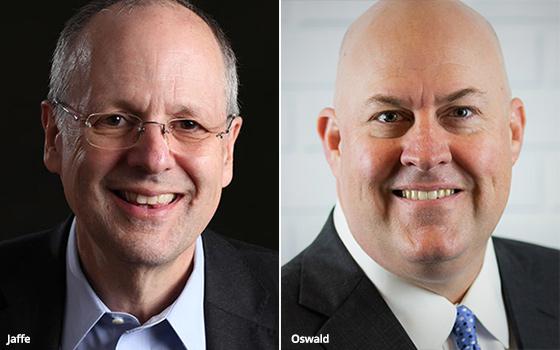 New York lawmakers should wait until next year before taking up a broad privacy bill that would require companies to obtain consumers' opt-in consent before processing their data for ad targeting, the Association of National Advertisers urged Wednesday.

"The bill was introduced in the New York Senate just two weeks ago,” Dan Jaffe, ANA executive vice president for government relations, and Christopher Oswald, ANA senior vice president for government relations, wrote Wednesday to state lawmakers. “As a result, it has not received the benefit of careful and rigorous consideration by lawmakers, which is necessary to develop a workable privacy law that will significantly impact New York businesses and consumers alike.”

The proposed New York Privacy Act (SB 6701), introduced by state Senator Kevin Thomas, would also give consumers the right to access, correct and delete data about themselves.

The measure additionally requires companies to honor “user-enabled privacy controls” -- including browser settings and plug-ins -- that communicate consumers' preferences to avoid receiving targeted ads, and to not have their data sold.

Another provision would prohibit companies from using pre-checked boxes, or other default settings, to obtain consumers' consent to data processing.

The bill also provides for a private right of action that would allow consumers to sue, individually or via a class-action, over violations.

The proposal has advanced to the point where it's eligible for a vote by the state Senate. New York lawmakers go out session on June 10, and the bill will die -- at least for this year -- if it isn't approved by both the state Senate and Assembly by that date.

“More time is surely needed to refine SB 6701 so New York can consider practical privacy standards that benefit consumers without unnecessarily threatening critical industries in the state, such as advertising,” they wrote to lawmakers on Wednesday. “The New York Senate should not hastily pass SB 6701 in the closing days of this legislative session and should instead take up the bill again next year, when there is more time to carefully consider the benefits and costs of the bill’s unique and unprecedented provisions.”

They propose several revisions to the bill, including replacing the bill's opt-in approach with a framework that would allow companies to process consumers' data unless they opt out.

Another proposed revision would leave enforcement to the state attorney general-- which would eliminate consumers' ability to sue over violations.

Last week, the ANA and other major ad industry organizations said in a letter to state lawmakers that the bill was “overly restrictive” and “could inadvertently harm New York consumers by depriving them of access to valuable online products and services that are advertising-supported and provided for free or at a low cost.”

The groups also wrote that the opt-in mandate will result in consumers receiving “constant requests” for consent, and that allowing consumers to sue lead to frivolous litigation.

“This bill protects consumers’ privacy by default -- so that they don’t have to hunt for opt-out links at hundreds if not thousands of different websites,” Consumer Reports senior policy analyst Maureen Mahoney stated Monday. “It also has strong teeth so that companies can’t skirt the law.”