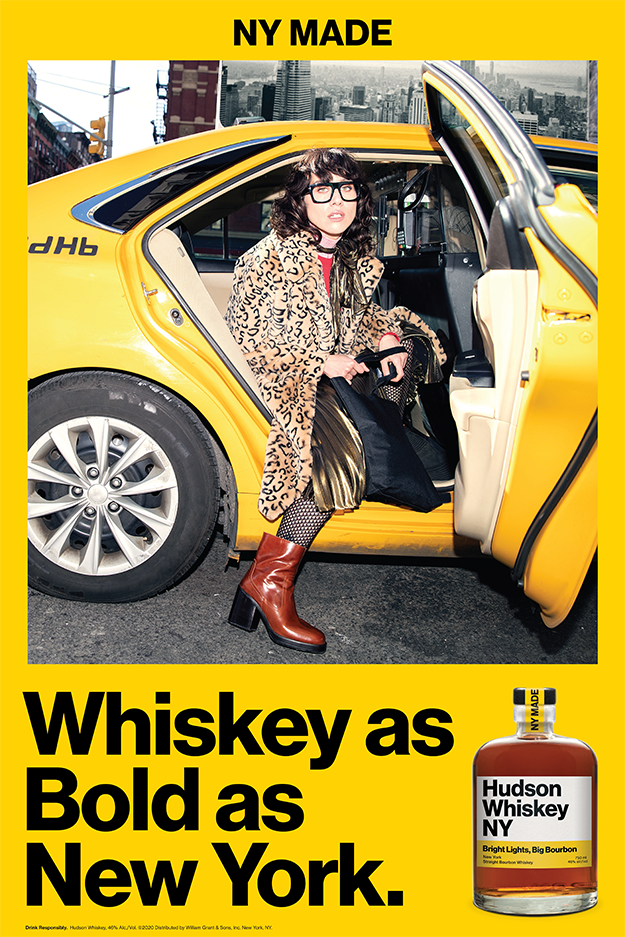 High West Whiskey, which reportedly became the first Utah distillery since Prohibition on its launch 14 years ago, is inviting consumers to race across the prairie in a mobile game.

Hudson Whiskey, which was reportedly the first New York State distillery since Prohibition when it launched 16 years ago, is tackling a common Empire State problem with a contest that invites consumers to share their roommate horror stories and then get some rent relief.

First, the pronghorn: the animal depicted on the label of High West Whiskey’s American Prairie Bourbon is neither an antelope nor a deer,. This prairie mammal, found in the American West, can run up to 61 miles per hour, both in real life and in a new mobile game developed by Interpublic’s MullenLowe Group LA and interactive production company makemepulse.

Players enable “The High West Whiskey Prairie Dash” by scanning a code found at race.highwest.com. They then have 61 seconds to get the pronghorn to top speed. Every time the top speed is hit, a mini-game is triggered in which they help the pronghorn conquer such obstacles as fences and bison herds.

The game, available through June 30, includes a charitable aspect and a consumer sweepstakes.

High West is donating $1 per week per dasher (up to $50,000) to the American Prairie Reserve’s efforts to conserve the wide-open spaces of the North American West.

The more points a player scores, the more entries he or she gets into a sweepstakes, which will award the winner a $15,000 trip to Park City, Utah, where High West is headquartered

The game and sweepstakes are being promoted through paid social media and point-of-purchase advertising, plus influencer marketing, most notably by actor Josh Holloway (“Yellowstone,” “Lost”).

Meanwhile, Hudson Whiskey,  which just expanded nationwide from the New York tristate area, will give five winners half the cost of an average 1-bedroom rental (based on their Zip codes, via RentData.com) for a year.

To enter the contest, consumers are asked to share their past or present roommate horror stories, without naming names, on Instagram or Twitter by using the hashtags #HudsonRoomies, #Contest and # two-letter state abbreviation. Their entries will be judged on “creativity and appeal.”

“Hudson Whiskey is New York-attitude distilled, so as a resident, the brand feels your pain when that city lifestyle bites back,” explained Paul Coffey, senior brand manager, in the announcement. “We’re ready to help...in the form of a rent check and whiskey, of course.”

The contest, running through June 23, is being promoted with Craigslist ads in multiple key markets, plus organic and earned placements on the brand’s social media channels.