Uno Pizzeria & Grill Humorously Celebrates Getting Back To Normal 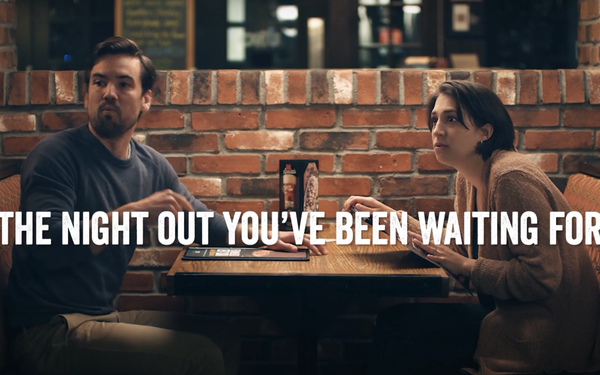 Uno Pizzeria & Grill is launching a new brand campaign with a series of videos that tap into simple pleasures, along with some “awkward encounters” that the company says “we can all relate to as we slowly get back out into the world.”

The new campaign, created with agency Connelly Partners, humorously tells the story of one couple in a series of videos as they re-emerge into the world for their first "date night" as restrictions are being lifted.

Sample the work here, here and here. More videos will be added to the campaign in the coming weeks.

The company says that in part the campaign is designed to mirror UNO's efforts in the past year as it prioritized initiatives for employees and customers. Examples include a vaccine concierge service for employees, increasing the cook time on pizzas by one minute for extra crust crunch, upgrading ingredients, and its in-restaurant WiFi.