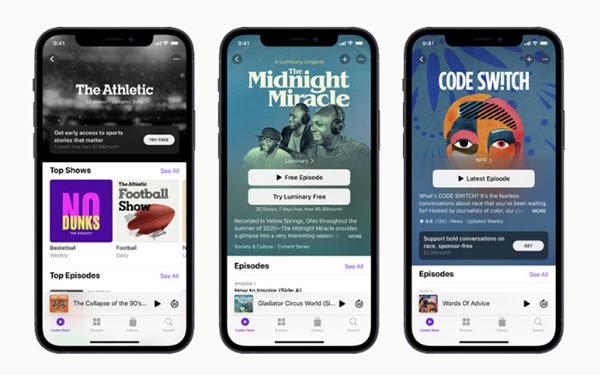 In April, Apple announced plans to introduce its first podcast subscriptions in May.

That schedule was delayed — apparently due to a host of technical glitches experienced by creators after Apple made a backend update in preparation for the subscriptions, according to The Verge.

Now, Apple has announced that the subscriptions launch will take place June 15.

Creators will pay Apple an annual $20 fee to participate, and set their own subscription prices. Apple will take 30% of the sub fee in the first year of a subscription, and 15% in each year following.

The differences: Spotify isn’t taking a cut of creators’ fees, and there is no ability to subscribe in-app — which allows creators and subscribers to avoid Apple App Store fees. Spotify podcast subscribers instead have to navigate to an external Anchor webpage.