WB's 'In The Heights' Movie Revenues Disappoint, But TV Ad Spend Is High 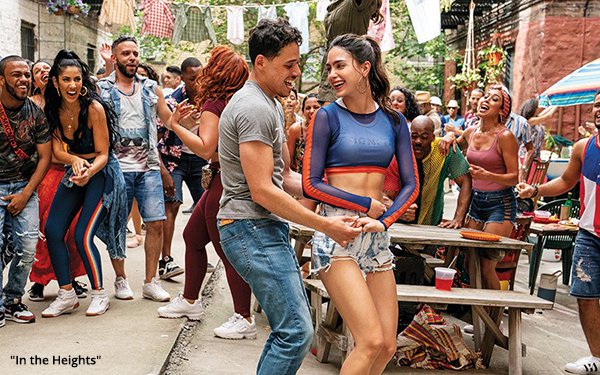 Warner Bros. “In The Heights” disappointed in U.S. box-office business over the weekend. But it wasn’t due to a lack of national TV advertising spend.

The movie studio spent $23.3 million in national TV spending since the beginning of the year, and $9.6 million in the last 30 days. That is the most of any theatrical movie over the time span, according to iSpot.tv.

“In the Heights,” a romantic musical set in New York City’s Washington Heights neighborhood in upper Manhattan, pulled in a underwhelming $11.4 million at the theaters, according to IMdb’s Box Office Mojo. Analysts estimated the movie was tracking to pull in $20 million in U.S. box-office revenue.

Paramount Pictures’ “A Quiet Place Part II” was the weekend leader with $11.7 million in revenue. It was theatrically released on Memorial Day.

Analyst speculate whether “Heights” was dinged by WarnerMedia’s high-profile effort to simultaneously release its full slate of 2021 movies on its HBO Max streaming platform and in cinemas. Questions also rose about whether pandemic issues/disruptions played a role.

Earlier this year, WarnerMedia's “Godzilla vs. Kong,” scored theatrical success, amid a simultaneous streaming opening, via an unexpectedly strong box-office result: $48.5 million over a five-day weekend.

More recently, Warner Bros. “The Conjuring: The Devil Made Me Do It,” which opened June 4, pulled in $24.1 million in its opening weekend.