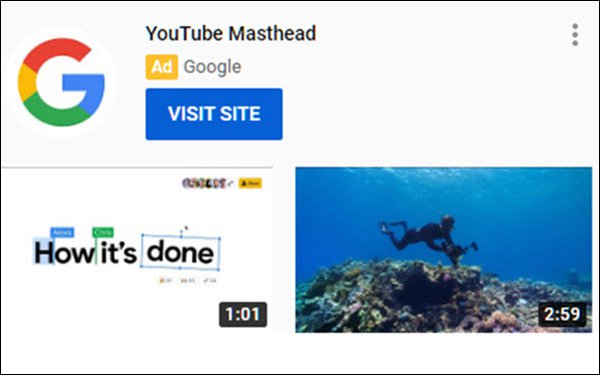 In a shift that could help Google's YouTube sidestep future political controversy, as well as make it more attractive to a broader audience, the social video site has announced that it will stop taking ads related to elections and political content, alcohol, gambling and prescription drugs in its masthead ads.

The masthead tends to be YouTube's most in-demand and expensive ad position.

Ads that endorse a candidate for office will be banned. "Issue" ads will be reviewed on a case-by-case basis. Branding as well as sales-driving alcohol ads are now disallowed, as are ads featuring any gambling-related content, including betting and casino games.

YouTube was the subject of heated criticism when it allowed then-President Trump to buy the masthead ad slot for three days during the 2020 elections.

Following that controversy, YouTube -- which says masthead ads drive "massive reach or awareness" -- in November 2020 announced it would stop taking full-day masthead ads, in favor of more targeted ads bought on a per-impression basis, as of 2021.

YouTube also rolled out a way for users to limit their exposure to alcohol and gambling ads last December.