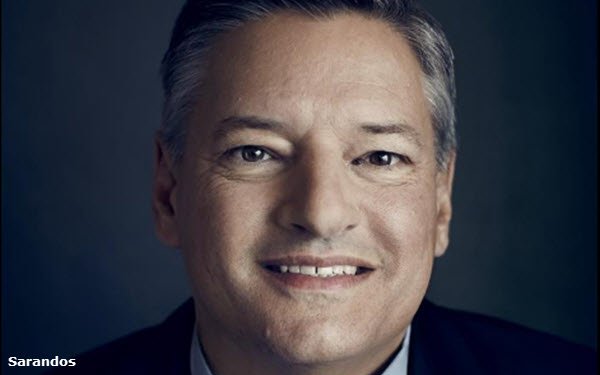 Netflix was perhaps the biggest beneficiary of lockdowns and shutdown cinemas during the COVID-19 pandemic.

But Ted Sarandos, its co-CEO, not only insists that movie-going habits will more or less return to “normal” as theaters open up -- he says this will be good for Netflix and other streamers.

“Things will get [back] to normal in how people watch (content),” he said Monday, in a keynote at the virtual Banff World Media Festival. “I do think people will be very excited to get back to movie theaters.”

Big movies will draw big ticket sales as in the past, “but windows will likely be shorter, as you’ve seen roll out,” he said.

Sarandos added that he is also excited to see cinema-going rebound across the world, because demand will drive streamed movie viewing as well. People will sometimes go to theaters and “sometimes watch the premieres in their homes,” he said.

Linear TV isn’t headed for a rebound, however, he said -- noting that the global shift to streaming and on-demand content will continue in the years ahead.

Sarandos also used the occasion to again stress the upsurge in interest in non-English content since the pandemic, reporting that U.S. viewership of such content on Netflix has increased by 50% since the start of this year.

After a decade in the market during which the company has invested about $2.5 billion in natively produced content, Netflix is opening a corporate office in Toronto and looking for a manager to head up operations, with power to greenlight content made in Canada, he said.

“Canada’s a great place to produce,” he said. “We want to be even more aggressive about telling even more Canadian stories.”

Netflix has “an opportunity to bring more voices to the table in animation as we continue this incredible journey in Canada,” he said, noting that only 5% of animated content producers in the U.S. are women of color.