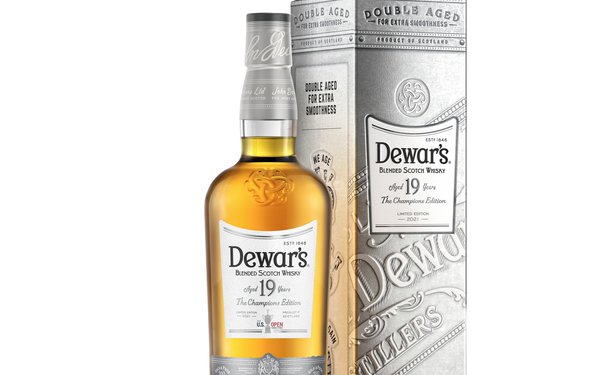 All Scotch whiskies must be aged in oak barrels for at least three years, but no single malt had ever been aged as long as 80 years -- coincidentally, the “oak anniversary” for marriages -- until now, according to Scottish distiller Gordon & MacPhail.

On a day when Allied Market Research said the global Scotch whisky market will increase from $25.1 billion in 2020 to $34.5 billion by 2027, Gordon & MacPhail said it will release Generations 80YO From Glenlivet Distillery this September.

Separately in the Scotch whisky world, Dewar’s has released The Champions Edition, a 19-year-old blend produced as the opening round of a three-year partnership with golf’s U.S. Open, and available only through Father’s Day, June 20, the day this year’s tournament concludes.

To house the new-80-year-old, Gordon & MacPhail has partnered with Sir David Adjaye OBE, a renowned architect and designer, to create a decanter and oak case. They’ll be unveiled in September. The first of 250 decanters will be auctioned at Sotheby’s the following month, with proceeds, minus costs, to be donated to Trees for Life, a Scottish charity which is working to rewild the Caledonian Forest.

A spokesperson for Gordon & MacPhail told Marketing Daily that the other 249 decanters will then be available globally via the company’s official sales partners and distributor network.

Gordon & MacPhail wouldn’t reveal the size of each decanter or estimated value of each, but we’ll note that a 1,000 ml bottle of the brand’s “Generations 70 Year Old” was selling today for $4,235 on wine-searcher.com.

Dewar’s says The Champions Edition, which comes in a silver bottle to emulate the U.S. Open trophy, reflects the tournament’s "From Many, One" positioning, which was developed last year with the Zambezi ad agency.

The “many” in this case are the “rich notes of honey, toffee, vanilla and ripe cherries. Supple and complex, the aroma opens with toffee popcorn and soft panna cotta, balanced with floral notes of freshly cut grass.” The “one," of course, is The Champions Edition.

Part of the proceeds from each bottle sold will go to the four-year-old USGA Foundation, created “to invest in programs and solutions that best serve golf for all who love and play it.”

Dewar’s is selling "The Champions Edition" through wine and spirit retailers and on ReserveBar.com, where a 750ml bottle costs $89.

“The rising demand for high-premium whiskeys as a result of change in consumer tastes, rise in standard of living globally and inclination toward innovat[ive] products is expected to drive the growth of the global whiskey market size,” Allied Market Research said.

The Canadian whiskey segment is anticipated to be the fastest growing of the industry's five segments, which also include Irish whiskey, Japanese whiskey and American whiskey.

Also, "young consumers are inclined to experiment with their alcoholic beverages, which has essentially led to the rise in ‘cocktail culture’. This trend has further enhanced the usage of whiskey as an ingredient, thereby propelling the global whiskey market growth.”