46% Of U.S. Broadband Homes Have 4 Or More Streaming Subscriptions 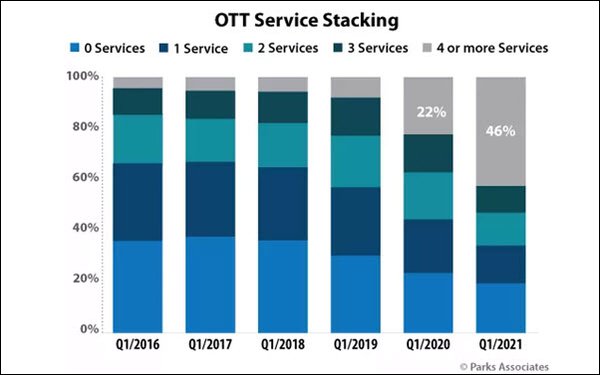 Has the U.S. market reached near SVOD saturation, as some have speculated, given the launches of seven streaming services by major entertainment companies within 18 months?

Maybe, but new Parks Associates research would seem to point to continued growth to date.

As of the end of this year’s first quarter, fully 46% of U.S. broadband homes subscribed to four or more subscription streaming services, according to the latest survey by Parks Associates.

Parks also recently reported that 82% of broadband households had at least one OTT subscription service as of Q1 2021 — up from 76% a year ago.