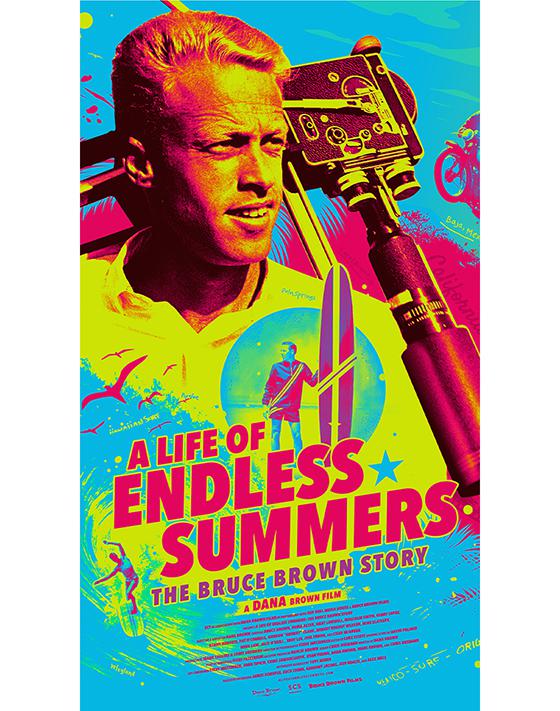 An agency-backed film about film maker Bruce Brown, the man who made the classic surfing documentary “The Endless Summer” back in 1966, is about to hit theaters nationwide.

Irvine, CA-based ad agency SCS produced the film—“A Life Of Endless Summers: The Bruce Brown Story”--in association with Dana Brown Films. Dana is the oldest son of Bruce, who died in 2017 at the age of 80.

The film debuted at the 2020 Newport Beach Film Festival last August with a drive-in style screening (a COVID adaptation) at Fashion Island in Newport Beach, Ca.

Now as theaters reopen with the pandemic receding, the film is scheduled to hit the big screen in theaters across the country.

“The Endless Summer” which followed surfers Mike Hynson and Robert August during an around-the-world surfing trip, was both a critical and commercial success. Brown made it for about $50,000 and it grossed $20 million worldwide—a huge hit for a niche documentary at the time. It helped put action sports films on the map.

In fact, SCS CEO James Schiefer calls Brown “the grandfather of action sports,” and says the famous documentarian “ultimately taught us about community, family and a life well lived.”