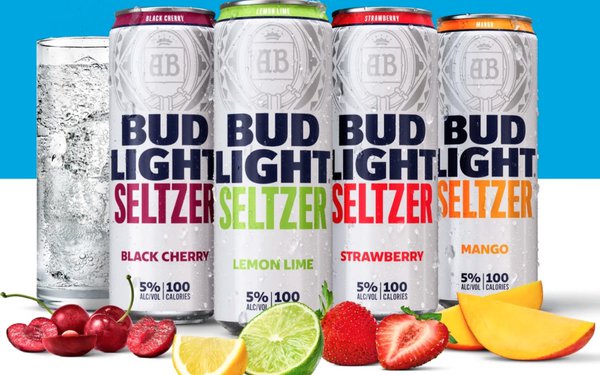 Rebel ice cream was the sole food item on the list, at number five.

Under IRI’s methodology, each product needed to reach a minimum 30% distribution at some point in 2019. Then its dollar sales were tracked for a full year -- ending in 2020 -- at which point the product still had to have maintained at least 30% distribution

In this interview, edited for brevity and clarity, Joan Driggs, IRI vice president of content and thought leadership, talks about pandemic-driven beverage pivots by brands small and large.

CPG FYI: When it comes to beverages, what was the defining characteristic of last year?

Driggs: The shift from on-premise to at-home consumption. We identified 33 million new meal occasions at home. People were looking for new experiences.

CPG FYI: How did that manifest itself with regard to alcohol?

Driggs: Of the27 beverage New Product Pacesetters, eight of them were alcohol, and those generated $547 million in sales compared to last year’s contribution of $198 million.

Driggs: All these brands had to kind of pivot as soon as they launched because of the pandemic, which is a credit to the agility of these companies. Bud Light Seltzer started out the year with this blockbuster Super Bowl commercial with Post Malone, as well as talking about the events it was going to be sponsoring. And all that went away.

So they rethought their launch strategy. It was virtual concerts and sponsoring streaming e-sports. It was a lot of working with delivery businesses like Drizly to get products to consumers in new ways.

CPG FYI: How about Truly Lemonade?

Driggs: Truly is interesting because Bud Light is a big, blockbuster brand with lots of money behind it. Truly didn’t spend as much money. It expanded its brand franchise into this lemonade with different flavors. That was kind of banking on the popularity that the brand had already generated and giving consumers something new.

CPG FYI: Speaking of blockbuster brands, how did Mtn Dew Zero Sugar make it to the top three?

Driggs: It’s another great pivot story. When you think about brands like Mountain Dew or some of the energy drinks, those typically go through convenience stores. What PepsiCo did with Mtn Dew Zero Sugar is change the narrative. They changed pack sizes, shifted their attention to big box retailers and changed their advertising. They went from this great Super Bowl ad with Bryan Cranston mimicking “The Shining”to the kid who was in the original “Gremlins” franchise from the 1980s now grown up as a dad interacting with his child.

CPG FYI: Nestlé seems to have done a pretty good job distributing Starbucks creamers amid all the disruption.

Driggs: We actually interviewed a couple of the principals from Nestlé beverages. Creamers were their big bet even before the pandemic. It went from a blank page to in-market in nine months—which is unheard of.

The minute the pandemic hit, coffee shops shut down -- but people still wanted to have that experience. They started brewing up quality coffee at home and then with Starbucks creamers, they’re getting part of the coffee house experience with flavors they could only get at Starbucks.