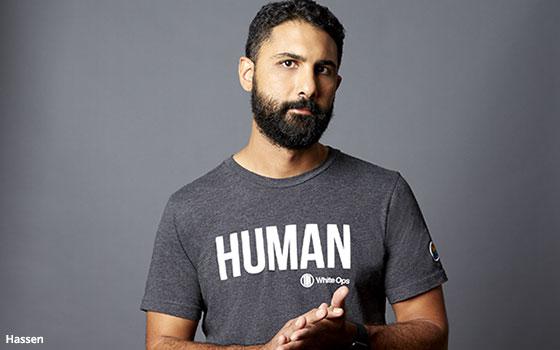 One of the largest ad-fraud operations in history, Methbot, was concluded on May 28. Aleksandr Zhukov, a Russian national, was convicted by a federal jury in Brooklyn of four counts of a superseding indictment charging him with wire-fraud conspiracy, wire fraud, money-laundering conspiracy and money laundering.

Zhukov's team collected more than $7 million in fraudulent ads until HUMAN -- formerly known as White Ops, a New York-based ad-fraud cybersecurity company --  discovered the cybercrime. It took less than 24 months -- a case that would typically take five to seven years if not for the collaboration between the companies and law enforcement.

HUMAN led an alliance alongside the Federal Bureau of Investigation, the Department of Homeland Security, and Google to dismantle a global network of malicious bots. Now the company is working to make it more expensive for fraudsters to commit crimes against the ad industry.

The goal now is to make it more expensive for fraud to occur. “The impetus was to change the chessboard of fraud,” said Tamer Hassen, CEO of HUMAN. All of us -- Human, Google, Facebook, DOJ, and many other companies -- didn't want this to be just another cat-and-mouse game.”

Authorities typically find something, and the perpetrators go underground. This is what he meant by a cat-and-mouse game.

“We had to disrupt the economics of cybercrime,” he said. “It's an economic problem measured by the cost of fraud. Economically it's cheap. The next one hundred attacks are just as cheap and the next hundred."

He said the most valuable thing on the internet is eyeballs and slices of human attention. When there is this much bot activity, it's like flooding the market.

HUMAN has observed this for years, including seasonal spikes during the holidays, and insists the economics of fraud have been permanently changed in the advertising industry. The cost of fraud operations has increased considerably.

“By some estimates, companies are spending about $300 billion in advertising,” he said. “About half is programmatic. That's the pie people are trying to steal a slice from.”

In advertising fraud, he said, there is a “funding mechanism.”

It is still early days, Hassen said, but the Biden administration has begun a collaboration with the private sector to stop online fraud.