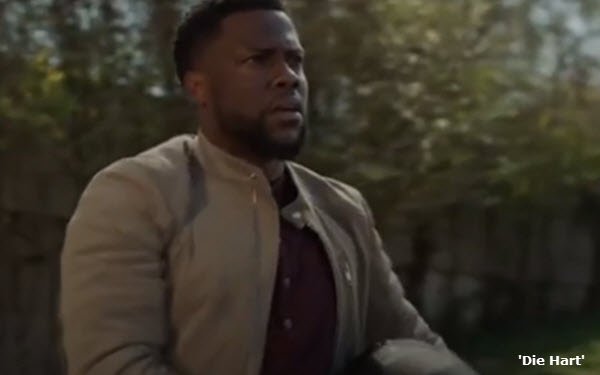 A record number of accounts streamed The Roku Channel in the two weeks following the launch of Roku Originals, according to Roku, which did not release specific numbers.

The free channel launched its first “originals” — 30 of the 75 original programs it acquired in January from the now-defunct short-form video streamer Quibi for $100 million — on May 20.

In the period through June 3, more unique accounts streamed The Roku Channel than in any past two-week period, the company said.

Roku, which is looking to differentiate itself from other free, ad-supported streamers (FASTs) through original content, has ordered a second season of “Die Hart,” and in March it debuted a licensed a non-Quibi licensed original scripted series, “Cypher.”

It also acquired “This Old House” parent company TOH in March, and in late May struck a pay-one window licensing deal with Saban Films.

Roku estimated that The Roku Channel reached 70 million people as of this year’s first quarter.

“The momentum around Roku Originals demonstrates not only our ability to acquire great content for The Roku Channel, but to connect that content with the right audience at scale,” Holmes asserted.

Roku was originally started as a hardware venture by Netflix, which sold the last of its shares in 2009 for about $7.7 million — a stake that would today be worth nearly $7 billion, reports CNBC.

With 53 million active accounts and a 36% share, Roku is now tied for #1 U.S. device distributor (Amazon Fire recently caught up to it, according to Parks Associates.) But last year, Roku made $510 million from hardware and branded smart TVs, but $1.3 billion as a centralized distribution platform for streaming services, including Netflix, HBO Max and Peacock.

Much of that comes from taking a cut of the streamers’ ad inventory and selling it — 10% of Peacock’s inventory, for example, according to CNBC sources.

Now, Roku is leveraging its user data, alliances with multiple measurement partners, and the advanced video advertising business it recently acquired from Nielsen — supported by the original content push — to grow its own advertising on The Roku Channel.

Roku does not break out ad revenue in its earnings reports. But it says in the first quarter, monetized video ad impressions more than doubled year-over-year.

In addition, when looking at total TV streaming ad impressions -- sold by Roku or its publishers -- that number more than tripled.

Roku has also launched an advertising brand studio to assist other companies in making original content.