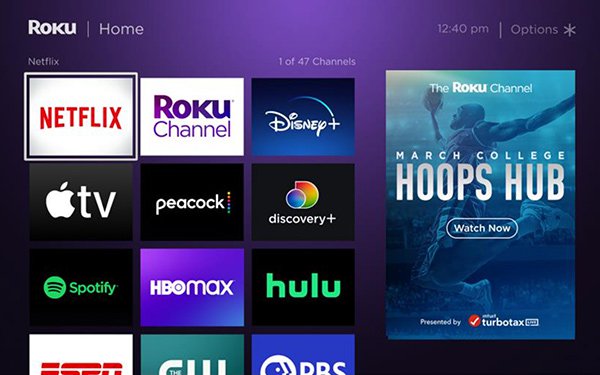 Roku says this will include short-form, ad-sponsored TV content, interactive video advertising and other branded assets on The Roku Channel.

Currently, Roku is creating ad-sponsored content on its home page for TurboTax in connection with the NCAA College Men’s Basketball Tournament.

In addition, Roku has built a editorial hub, which includes a College Basketball Game Guide on its platform.

Part of the package also includes an interactive effort where users, with their phones and TV, can try to beat the buzzer by shooting a basketball via an “augmented-reality lens.”