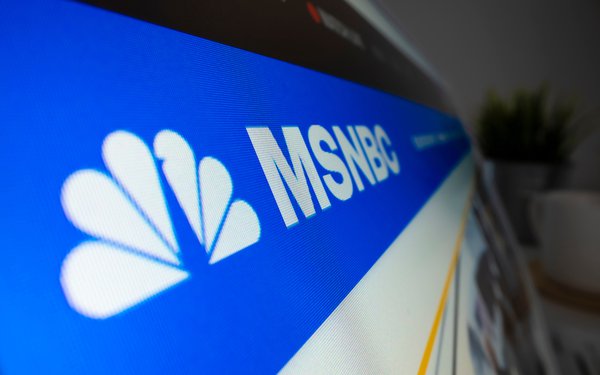 MSNBC has formed a union. It’s just the latest media entity to embrace the workers’-rights movement.

Journalism has had a rough ride the last 15 years -- hit with changes in ad revenue, employment and technology. Many see the union as either protecting their jobs or helping to ease some of the pain in a loss, with better-negotiated severance packages.

The MSNBC staffers unionizing with WGA East include news writers, producers, booking producers and fact checkers. Every show is part of the move, including “The Rachel Maddow Show,” “All In with Chris Hayes,” “ Morning Joe” and “MTP Daily.”

NBC’s Peacock shows — "Zerlina," hosted by Zerlina Maxwell, “The Choice” and “The Mehdi Hasan Show” — are also named in the union push.

As of June 17, 204 members of the 315 member-unit have signed the petition; more are expected to join.

There are two ways to move forward: MSNBC voluntarily can recognize the guild or management can call for an election to be conducted by the National Labor Relations Board.

MSNBC president Rashida Jones, the first Black woman to run one of the three major cable news networks, has opted for the latter. “It is important to give everyone who would be included the chance to understand what this would mean before making their choice,” she noted in a staff memo.

Part of the bargaining unit’s statement read: “At a time when journalists and journalism itself are under siege, we want to join our peers who have paved the road before us in standing up for our rights.” It added: “We organized because our voices must be heard in the newsroom for the future of our industry.”

While MSNBC’s move is new, it’s part of a larger trend in journalism. Its counterparts in print and online have been unionizing, too.

The Atlantic recently announced its intention to unionize.

The New Yorker reached a union deal to stave off a strike a few days ago. They include an increase of up to 63% at The New Yorker, 58% at Pitchfork and 35% at Ars Technica. There will be a salary floor of $60,000 at all three units by the final year of the agreement.