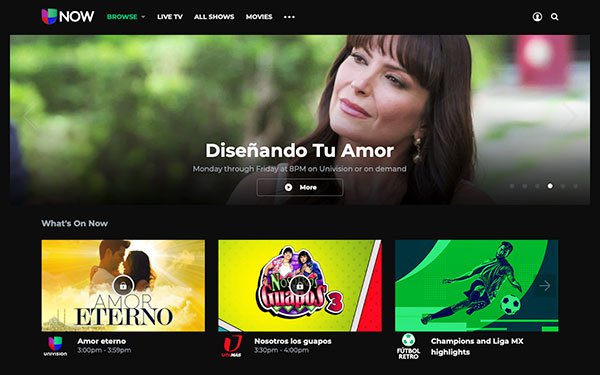 Univision has plans to launch an SVOD global streaming service, with both paid and ad-free options. The two-tier offering is expected to debut in the U.S. and in Latin America in 2022.

No name has been announced.

The service will unite Univision NOW, PrendeTV and VIX into one platform. It will also utilize Televisa’s content library and create new originals.

The ad-supported tier will be anchored by Prende TV, Univision’s free Spanish-language streaming service. It will have 100+ linear channels and more than 40,000 hours of content available for VOD.

VIX and PrendeTV claim more than 7 million users around the world, and that number is growing, according to Univision CEO Wade Davis. Today’s news gives “an early view into the scale and scope of our streaming ambitions,” he said.

The new premium subscription tier (SVOD) will feature 6,000+ hours of Spanish-language content and more than 30 original productions exclusively on the service within its first year. The original productions will be created by key players in Spanish-language content, including Maria Dueñas, Santiago Limon and Nobel Prize-winner Mario Vargas Llosa, the famed Peruvian writer.

The name, pricing and debut date for the new service will be made public after the Televisa-Univision merger closes later this year.

“Univision’s invitation to join a newly developing community of Spanish-language creators under one expansive umbrella is a true game-changer for us,” said Llosa.

“Today’s announcement is a quantum leap in Univision’s transformation as we aggressively scale and expand our streaming capabilities to bring thousands of hours of premium, original content to the nearly 600 million Spanish speakers around the world,” added Gazzolo.