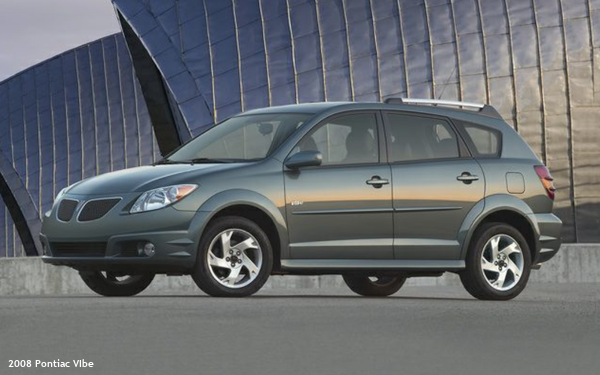 The average age of light vehicles in operation in the United States has risen to 12.1 years this year, increasing by nearly 2 months during 2020 and elevated by the COVID-19 pandemic, according to IHS Markit.

It’s astounding to think about all of those 2008 model vehicles still on the road. Although the stats are not broken down geographically, I suspect Detroit has a good number of them.

You would think in the “Motor City” that new vehicles would be in mass abundance. Sure, if you work an office job for one of the U.S. Big Three, you might be more likely to drive a newer vehicle. But anecdotally, most of the folks I know who work in other jobs don’t mind keeping their vehicle a few years. In fact, it's a source of pride.

My first-generation Chevrolet Equinox made it to over 207,000 miles before I traded it in, which seemed to delight a lot of my friends and sources who work at General Motors.

It’s a mixed bag — automakers want people to buy new vehicles, but they also want their vehicles to be known for longevity. Indeed, several brands have made a big deal about vehicles that went the long haul, including Hyundai, which gave a new vehicle to a buyer after she put over a million miles on her Sonata in just five years.

Back to the IHS research, the pandemic-induced rate of increase in average age is expected to be short-lived, as 2021 will see a return of new vehicle registrations and increased activity in used registrations as we adapt to post-pandemic norms.

In early 2020, the pandemic put significant pressure on new vehicle sales as dealerships worked to implement modified sales processes and deliveries to adhere to social distancing guidelines and create a comfortable vehicle-purchasing experience for consumers, even moving some transactions online.

A strong finish to 2020 demonstrated the resilience of new vehicle registration, since over 8 million new vehicles were registered in the second half of the year, bringing new registrations up to 5.1 percent of vehicles on the road for the whole year, per the IHS Markit research.

“2020 was a radical departure from the norm and challenged assumptions about how vehicle owners use their vehicles and accumulate miles,” said Todd Campau, associate director of Aftermarket Solutions at IHS Markit.

According to the analysis, the rate of vehicles leaving the population point to the possibility that the volume may be inflated due to a larger percentage of vehicles that may not have been registered due to lags in state requirements for registration renewals, more vehicles being put into “storage” due to COVID-19 restrictions in many locations and work from home initiatives.

A whopping 89% of 2016-2020 model year EVs are still registered by their first owner, as compared to 68% of gasoline vehicles for those same model years. As EVs begin to gain more market share and become more prominent in the used vehicle market, it is expected their average age will begin to increase.