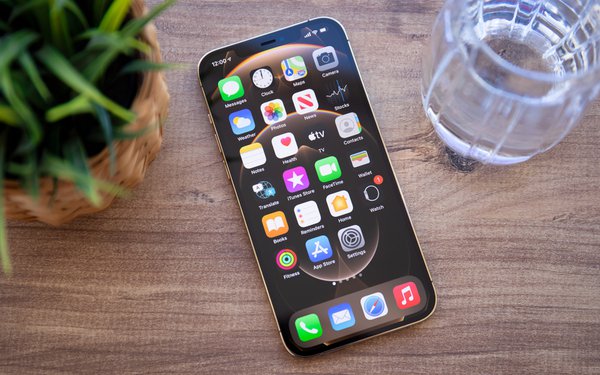 Apple on Wednesday defended its controversial restrictions on app developers, arguing its tight control over the apps allowed on its platform offers security and privacy benefits to consumers.

The company says in a new report that its approach -- which includes vetting all apps for content, privacy policies and malware -- “has been highly effective.”

Apple adds it's "extremely rare" for users to find malware on iPhones.

Apples's report references a 2020 study by Nokia, which found Android devices had 15 times more malware infections than iPhones. The authors of that study attributed the difference to Android users' ability to sideload apps -- meaning to download them from sources other than Google Play.

Apple, which famously doesn't allow sideloading, says in its new report that doing so "would degrade the security of the iOS platform and expose users to serious security risks."

Apple adds: "Because of the large size of the iPhone user base and the sensitive data stored on their phones -- photos, location data, health and financial information -- allowing sideloading would spur a flood of new investment into attacks on the platform."

The report comes as Apple is awaiting a decision in an antitrust lawsuit brought by Epic Games, which alleges that Apple monopolizes the iOS app distribution market, and unlawfully forces developers to use its payment system.

Epic brought the case last August, after Apple removed the Fortnite game from the iOS app store. Apple did so after Epic violated Apple's rules by allowing gamers to make purchases directly from Fortnite, instead of through Apple's platform.

Apple CEO Tim Cook testified in that matter that the company's restrictive policies are good for consumers as well as developers.

Cook said during his testimony that the app marketplace “would become a toxic kind of mess” if Apple stopped vetting apps. He also said developers benefit from Apple's policies, because developers rely on “the store being a safe and trusted place.”

The report also came the same day that the House Judiciary Committee began marking up a package of five antitrust bills aimed at the largest tech companies. One of those bills, the American Innovation and Choice Online Act, would prohibit some large platforms to give preferential treatment to business they own.

If passed in its current form, that measure could prohibit Apple from pre-installing iPhone apps.

Apple also defended its new privacy features, including the requirement that developers obtain consumers' opt-in consent before tracking them across apps.

“When it comes to privacy, we don’t just believe it’s important -- we believe it is a fundamental human right,” the report states. “That principle guides the high privacy standards we build into our products: we collect only the personal data strictly necessary to deliver a product or service, we put the user in control by asking them for permission before apps can access sensitive data, and we provide clear indications when apps access certain sensitive features like the microphone, camera, and the user’s location.”