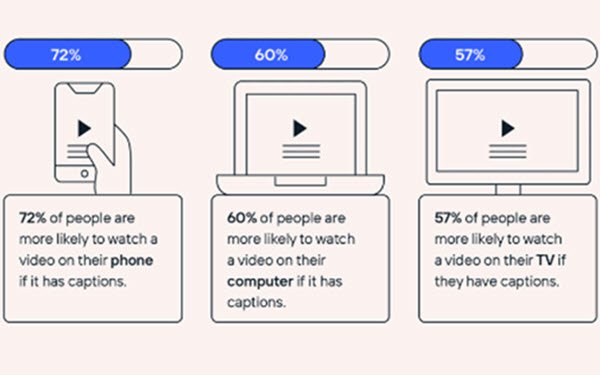 Now that sites tend to be designed as feeds, many consumers are keeping their phones muted even when videos are playing — causing a growing number to expect captions on videos.

Further, many now say that they’re more likely to watch videos on TVs and computers if they offer captions.

Those are takeaways from a survey of 750 people in the U.S. and Canada conducted on Pollfish earlier this month by global supply-side ad platform Sharethrough. Respondents, who took the survey on their mobile phones, were distributed to represent the population of North Americans aged 16 and older, according to the company.

Specifically, 75% of those surveyed, on average, said that they often keep their phones on mute even when a video is playing. 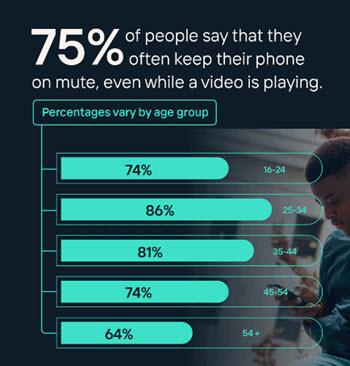 Further, not only did nearly half say that they now watch TV in general with captions on; the practice is most prevalent among younger adults, rather than the older viewers that one might think would be more likely to resort to captions due to hearing challenges.

Dishearteningly for advertisers, the poll also confirmed the use of phones and other second screens as a diversion from TV ads, with 79% of these respondents saying they take out their phones, tablets or computers when a commercial starts playing on TV.

Not surprisingly, the poll also confirmed the age gap when it comes to traditional pay TV, with 64% of those 16 to 44 saying they’ve cut the cord, and 56% of those 45 and up saying they still pay for cable.