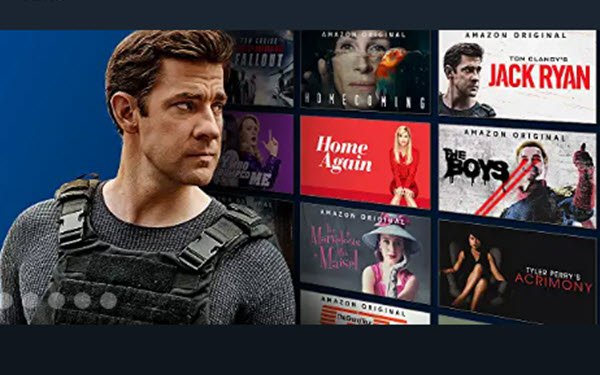 Amazon has struck a deal with Comcast’s Universal Filmed Entertainment Group that will significantly pump up content for its Prime Video and IMDb TV streaming services.

The financial terms and length of the multi-year licensing deal are not being revealed, but reports have said it could generate anywhere between $1 billion and $2 billion for UFEG.

The news follows the announcement earlier this week that Comcast will move initial streaming licensing rights for UFEG  movies from AT&T’s HBO to its own NBCUniversal Peacock service starting in 2022.

Per that deal, beginning just four months after films have debuted in movie theaters, Peacock will have exclusive streaming rights to UFEG live-action and animated films (including those from Universal, DreamWorks Animation and Focus Features) for four months. The announcement said that streaming rights would then be opened to third-party services for 10 months, before again reverting to Peacock for another four months.

Now, Amazon Prime Video has locked up those 10 months of interim licensing rights within the traditional 18-month pay-one window, at least for live-action films.

The deal calls for Prime Video to stream live-action Universal, Focus and Blumhouse movies during the 10-month window, as well as rights to a package of UFEG’s library films.

Through a separate, subsequent window, Prime Video will also gain SVOD rights to UFEG’s slate of animated movies, including 2022 titles such as Illumination’s “Minions: The Rise of Gru” and DreamWorks’ “Puss in Boots: The Last Wish” and “The Bad Guys.” Popular back titles including those in the “Jurassic Park,” “Fast & Furious” and “Bourne” franchises will also become available to Prime members.

Why the separate window for animated films? According to Deadline, UFEG’s animated Illumination and DreamWorks titles are currently on Netflix, and are likely to continue to be on Netflix during the 10-month period within the initial 18-month window that they’re not on Peacock.

Prime Video’s users will have access to the UFEG content at no additional cost, strengthening its position vis a vis other major streamers. That, in turn, helps Amazon pull in and retain lucrative Amazon Prime members, who get access to the video service's original and licensed content as part of their Prime memberships.

“We know Prime members love movies, and this new deal with UFEG will deliver some of the best films available for our customers,” stated Brad Beale, Prime Video’s VP of worldwide content licensing. “This new slate of UFEG films, including exciting upcoming releases such as ‘Jurassic World: Dominion,’ ‘The 355,’ and ‘Ambulance,’ will continue to build upon Prime Video’s catalog and delight Prime members, all at no additional cost to their membership.”

Meanwhile, Amazon’s free, ad-supported streamer, IMDb TV, will have an exclusive window for movies from Universal’s 2020-2021 lineup, and rights to a package of animated titles, also per Deadline. That spans movies including “Dolittle,” “The Invisible Man,” “F9” and “Sing 2,” plus rights to select titles from UFEG’s animation library.

The deal makes IMDb TV the first AVOD service to secure a television window for a major film studio’s releases.

But major studios are making more and more deals with streamers in general, bypassing their traditional relationships with pay cable TV networks.