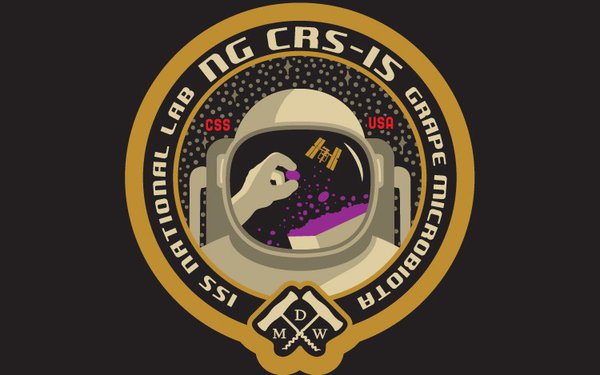 While Virgin Galactic’s Richard Branson flew successfully to outer space and back this past Monday and Amazon’s Jeff Bezos is scheduled to follow him there this coming Tuesday, the eyes of the wine industry are on a less-heralded journey: This Saturday, the first wine fermented in zero gravity will return from five months aboard the International Space Station (ISS).

The idea came about a couple of years ago, when one of the winery’s co-owners, Michael Phillips, learned that any private sector company could apply to ISS Laboratory to run a project. “Michael came to the winemaking team and gave us a couple of days to figure out what that could be,” Jeff Farthing, winemaker and Grape Microbiota project manager, recalled to Marketing Daily. “ISS Labs was intrigued by my idea to look at the microbial impact comparison of grape juice in space vs earth.”

Grape Microbiota involved four naturally fermenting 70 ml grape juice samples, with the ISS crew removing samples with syringes and putting each into a freezer. Meanwhile, back on earth, identical control samples were fermented in an environmental control chamber that mimicked the ISS temperature, with samples being extracted and frozen on the same schedule as in space.

After splashing down Saturday off the Florida coast on Elon Musk’s SpaceX-22 mission, the space-fermented samples will be sent to California’s winemaking researchers ETS Laboratories to be analyzed and compared to the control experiment. The goal: to isolate  individual microbes that propagated successfully in space.

Rights to those microbes will be owned by Michael David Winery. “Who knows,” concluded the company’s announcement this week, “Michael David may even use it to create a space wine someday.”

Farthing took a wider view, pointing out that besides its look at the fermentation process in space, the experiment “offers insight as to which microbes will be different in the fresh food decomposition cycles. With fresh food management a growing concern for humans who plan to live in space for a substantial amount of time, this experiment can provide a piece of the puzzle in making space living possible.”