Pandemic Punching Bags: SMBs Were Hit Hard Last Year, But They're Coming Back 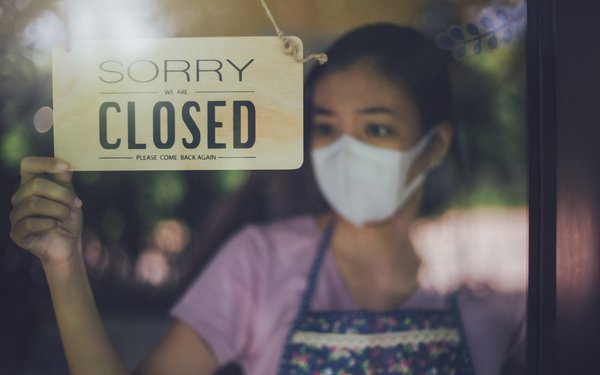 Of those polled, 56% say their business was hurt by COVID-19. And those firms suffered a “painful” average drop of 38% in revenue, compared to 2020.

Most agree that their salvation was in marketing. For 81% of the survivors, their marketing strategy was key to their success of in 2020. And 71% say it was critical to their survival.

Moreover, 77% plan to invest more time and energy into a marketing strategy over the next year. And 43% will put more money into it.

Of the entire sample surveyed, only 6% admit they do no marketing at all. Indeed, 50% of those unfortunates have no plans to develop a strategy, and 44% say they are just too pressed for time to focus on one.

The same percentage admits they lack the budget and the staff to handle it. And 69% of the non-marketers were overwhelmed by trying to figure out the most effective avenues for marketing their business.

Overall, 36% of those who engage in marketing have a strategy in place for the next three months, and 45% have had one for six months. And 16% of overachieving business owners have mapped out the next year or longer.

What does all this marketing consist of?

Of the respondents, 43% use email marketing to drive leads. The top channel, social media, is used by 57%. And 35% have a blog.

In addition, 29% create campaign-specific landing pages and 28% gather reviews and testimonials. Another engage in SEO or local search optimization.

Outside help is expensive, so 49% of those who engage in marketing do it on their own. In fact, 35% of the marketers admit they don’t have the budget to hire an agency, and 37% have not felt they could get an accurate picture of the ROI of hiring an outside shop.

But they’re trying, and 45% say it’s highly likely they will hire an agency in the future, while 39% say it is somewhat likely. Only 16% refuse to consider it. A mere 7% who do their own marketing have had a negative experience with an outside agency.

The SMBs who dumped their agency cite these problems:

Meanwhile, 65% agreed it would be less expensive to hire internally. And 36% have done so.

But 67% of the SMBs that did hire internal wish they had hired an agency instead. And SMB owners who hired internally for marketing were 65% less likely than those who hired an agency to say they grew their business last year

On the positive side, for what it’s worth, 19% of small business owners who hire a an agency are likely to do email marketing.