Consumer News Media/Social Media 'Satisfaction' Via The Web Is Unchanged 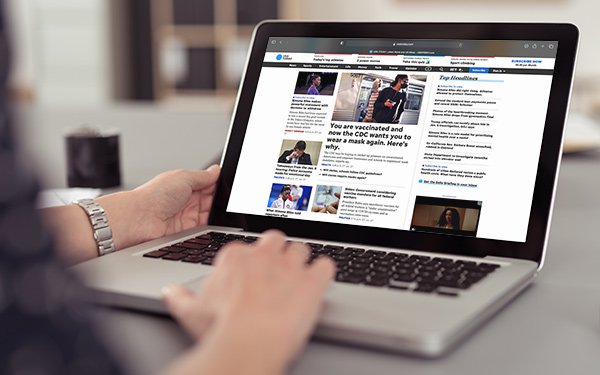 Consumer “satisfaction” with news media internet sites showed no change this year versus 2020, according to a recent study.

On the scale of 0 to 100, major news organizations average an 74 satisfaction index in 2021 -- the same as the year before, according to the American Customer Satisfaction Index study.

FoxNews.com and USAToday.com were tops with a slight lead over other sites, each with a 72 index score. FoxNews declined three index points from a year ago (75) and USAToday was up one index point from 2020 (71).

In addition to USA Today, HuffPost rose two points to a 71 index number (from 69). CNN was up one index point, also to 71.

In addition to Fox losing ground, NBCNews.com also dropped one point to 71, while ABCNews.com, went 4% lower to a 69 index score.

NYTimes.com was unchanged at 70.

The top social-media sites according to the study are: Pinterest, which came in at a 78 index satisfaction score, followed by YouTube with a 76, Wikipedia at 73, Reddit and TikTok, each with 72, and Snapchat with a 70.

The study asked customers to evaluate their recent experiences with the largest social media, search/information and news websites.