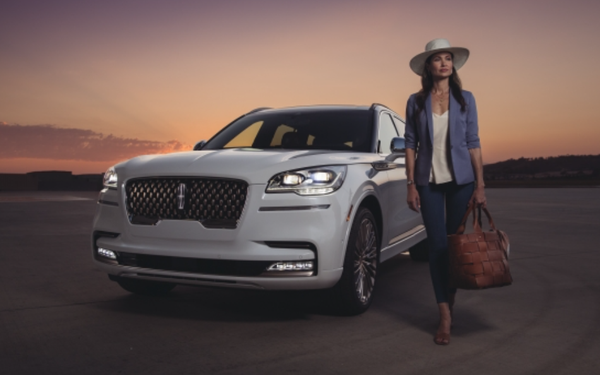 Despite next week’s cancellation of the New York auto show, this weekend’s automotive events around Monterey, California are proceeding as planned.

Last year’s Pebble Beach Concours d’Elegance was moved to a virtual show, which impacted the ability of several automakers to connect with the largely high-income consumers on site for the iconic event.

Along with Sunday’s vintage car show and competition, car buffs flock to the area for The Quail, A Motorsports Gathering and Monterey Car Week. Most the events are outdoors, which lessens the possible transmission of the COVID-19 virus but does not eliminate it.

Ford Motor Co.’s Lincoln division is showing an Aviator concept vehicle created in partnership with upscale Detroit design company Shinola, known for its high-end watches, leather goods and bicycles. The collaboration was an opportunity for Lincoln to explore the use of different colors and new materials in designing vehicles, according to the automaker.

Audi will display its Skysphere concept at the Quail on Friday and at the Pebble Beach Concours d’Elegance on Sunday, which it calls a luxury GT and a sports car all in one. The concept shows the future of Audi design.

Aston Martin is hosting what it is calling its biggest activation ever at the Pebble Beach Concours d’Elegance. Two major product introductions are planned, one global reveal and the second a North American debut.

Mercedes-Benz, which has had a large activation at the event in recent years, will also be present with several vehicles. The focus will be on the history of the Mercedes-Benz SL. Examples of several generations of the sports car, six vehicles total, will be on display.

BMW will show its electric vehicles, the BMW iX And BMW i4, at Legends Of The Autobahn on Saturday. The automaker is also planning the North American premiere of the BMW M4 GT3 race car at The Rolex Monterey Motorsports Reunion on Friday.

Bentley Motors will have many cars shown for the first time publicly, including the Flying Spur Hybrid, GT Speed and special Mulliner introductions, including the coach-built Bacalar. New Bentley partner, The Macallan will also be present, serving whiskey tastings for those guests not driving.

Another ultra high-end automaker, Lotus, is planning the U.S. debut of the new Lotus Emira at The Quail. It is the last gas-powered car from the brand, whose vehicles are $100K+. The vehicle will also make its dynamic debut at the legendary Laguna Seca Raceway during the celebrity track day.

One brand with a lower profile this year is Infiniti, which will showcase one new vehicle, the QX60, and will have one PR representative on site. The brand, which is sponsoring the media center this year, has previously set up a large experiential area which included test drive opportunities and a vintage Japanese vehicle exhibit. A representative declined to reveal why the brand reduced its presence at this year's event.