Coming back from a self-imposed news blackout during an “off-the-grid” family vacation last week, the first thing that struck me was how utterly predictable the dumbfounded reaction of the U.S. news cycle can be when it comes to inherently predictable events.

“Big news this morning -- complete collapse,” blared one morning news announcer, adding: “Twenty years after the United States toppled the Taliban regime in Afghanistan, the group is on the verge of retaking political power.”

The second thing that struck me was that these stories could have been written 20 years ago, because the news cycle -- along with U.S. foreign policy -- is as stable and consistent as the political will of a U.S. government that changes direction every four to eight years.

As difficult as that may be for domestic policies, it’s an anathema for foreign ones when dealing with adversarial nations that take a much longer view than we do, sometimes centuries.

And as this week’s coverage of the surprising fall of Afghanistan’s democratic government illustrates, the media doesn’t help the cause, because it generally is not focused on much longer views -- just the immediacy of the next breaking news cycle.

Whether it is the collapse of democracies, devastating effects of climate change, or billionaires taking joyrides in outer space, the U.S. news cycle has no sense of collective consciousness and simply goes after the next big story without regard for the signals it sends to others, and ourselves.

None of this is new, but it has accelerated in recent years, thanks to digital technology, social media and our always-on news media addictions. I was struck by an analysis conducted by Ipsos political guru Chris Jackson last year in the run-up to the U.S. Presidential election showing how unstable the U.S. news cycle has actually grown. 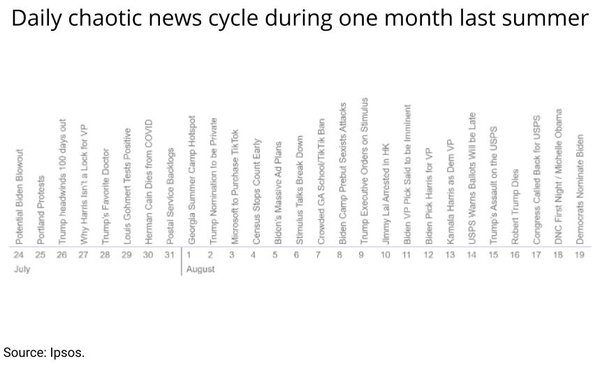 The analysis suggested that the news cycle now changes almost daily -- or, at least did under the past administration.

I really don’t know what the answer is, but I do know that if we don’t figure it out, our biggest long-term adversary will not prove to be a hostile foreign power -- but to paraphrase Pogo, but our own homegrown media industry.

As this is my first day back, I’d be remiss if I didn't say something about Larissa Faw, a long-time MediaPost reporter who passed away last week. The news was shocking, because Larissa was so young -- 43 -- and because Larissa always seemed so full of life. We still don’t know the circumstances of her death, but I’d like to extend my condolences to her family, and to her close friends, some of whom reached out to me during the past week.

Even though Larissa had left us not long ago to join another news organizations, I felt she was still part of the MediaPost family. She even promised me, “I’ll be back” someday. Well, the truth is, in some ways, she never left. 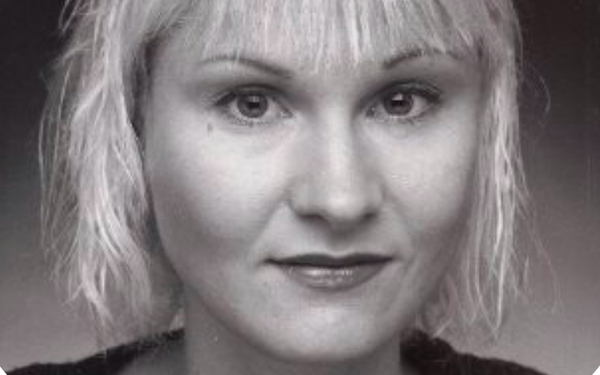