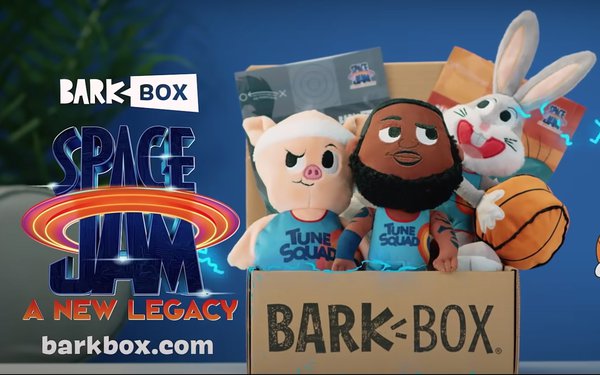 Back in 2016, Bark launched an Add-to-Box feature meant to make it easier for customers to stock up on favorites from past orders.

“It had pretty humble beginnings,” says Marilyn Yacobovsky, general manager of the New York-based BarkBox. But it’s since turned into a powerful source of incremental revenue.

In the company’s just-released results, Add-to-Box generated $7 million in the first quarter of its fiscal year, a 174% increase. (Bark’s total revenues for the period came in at $117.6 million, up 57% from a year ago.)

Yacobovsky tells D2C FYI how the add-on strategy is evolving.

D2C FYI:So Bark pretty much runs on the classic D2C subscription model. Why does this option matter so much?

Marilyn Yacobovsky: It does increase sales and has added $32.5 million to date. But it’s become more important than that. It also helps launch new product lines and deepen the relationship with customers.

Yacobovsky: Seasonal gift giving. People treat their pets like people, so if everyone in the house is getting an Easter basket, they want some seasonal things for dogs: biscuits shaped like eggs, stuffed bunnies, wearables.

It’s also a cool way to introduce subscribers to other products that they might not be as familiar with -- like dental. And because we’re offering them the first crack at our special offers, like the new Space Jam collection, it builds loyalty.

We do offer our products through Bark Shop, so people don’t have to subscribe to buy our products. But with Add-to-Box, it’s a way to reward loyal subscribers.

D2C FYI: Bark spent about $17 million last quarter on marketing and advertising, and has 1.9 million subscriptions now. How does Add-to-Box build brand appeal?

Yacobovsky: As we keep developing our sensibilities, it’s been a way to offer popular one-offs. Sometimes we call these zeitgeist toys or viral offers. They’re only available for a limited time. I just mentioned Space Jam, but other big ones have included Home Alone and Peanuts. And  we have the 4/20 Box, which is weed-themed toys. You can’t get them anywhere else.

D2C FYI: You’ve said machine learning is an integral part of this effort. Can you explain?

Yacobovsky: It’s not just a simple “If you like this, you might also like…” recommendation. Our internal data team has built an algorithm that analyzes product comments, which truly get to the heart of what people do and don’t like.

D2C FYI: Got an example?

Yacobovsky: Sure. We began to notice that with certain toys -- like a fitness-themed collection that had stuffed dumbbells -- everyone thought they were cute. But owners of smaller dogs rated them lower than those with medium and large dogs.

That led to questions like, “Is the toy too heavy? Is it too hard to find the squeaker? Is it squishy enough? Does it have enough bite points for a little dog?”

That particular insight goes back to the design team and has led us to create more small-dog-specific toys, like a box of takeout dumplings, where each dumpling itself is a toy. These multipart toys increase ratings for small-dog owners.

Yacobovsky: No. Of course, we still use email, but we connected the Add-to-Box option to the customer dashboard, so that’s where recommendations show up. And most customers access it through our app.

D2C FYI: One last question. A few months ago, you guys got into a kind of a sweet Twitter spat with Domino’s. Bark was playful. Domino’s never responded. How does that kind of sass fit into your brand personality?

Yacobovsky: We love Domino’s. We have conference rooms named after our favorite pizzas. And we’ve done lots of brand partnerships: the NBA, Dunkin and Subaru.

So that effort didn’t go the way we wanted.

But I think it just says that we don’t take ourselves too seriously. That’s what happens when you work with dogs all the time. You smile more. We’re always looking for a chuckle, and try to bring joy to what we do.