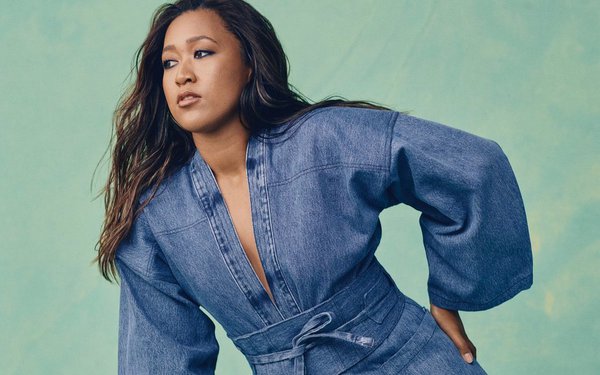 No one has ever accused Levi’s of misreading the zeitgeist. The denim heavyweight is rolling out a new collaboration with tennis superstar Naomi Osaka, a four-piece collection made entirely from upcycled denim.

It’s not Levi’s first partnership with Osaka. Previous appearances included a flower-showered explanation of her path to activism, called “Beauty of becoming.” And she began appearing in ads for the brand’s classic 501 jeans back in May, just weeks before she made headlines by withdrawing from the French Open, citing struggles with her mental health and the need to take better care of herself.

While some critics blast her as a snowflake, her “It’s OK to not be OK” message has made her a self-care role model everywhere, but especially to Gen Z.

And she continues to reign as the highest-paid female athlete ever. Forbes ranks her as the 12th highest paid for the preceding 12 months at $60 million. (She ties with golfer Tiger Woods and beats out men’s tennis stars like Novak Djokovic and Rafael Nadal.) The magazine speculates that her bold self-care moves, not to mention her outspoken views on racial justice, are enhancing her cool factor.

Levi’s thinks so. Women’s Wear Daily reports the collection includes a denim kimono, a nod to Osaka’s Japanese heritage, as well as shorts, a bustier and low-rise jeans.

Levi’s says the Naomi Osaka x Levi’s collection is set to drop on Aug. 24, available on its website.

Earlier this month, the San Francisco-based company made a quieter sporty move, acquiring Beyond Yoga, a popular activewear brand. Besides positioning Levi’s to compete with brands like Lululemon, the company expects the transaction to contribute some $100 million in sales in fiscal 2022.

With more than three-quarters of its sales in digital, the brand also gets closer to the cool kids, with more than half of its customers 35 or younger.

The Los Angeles-based company, which will continue to run as a separate business, is founded on inclusivity, including sizing that runs from XXS through 4X.