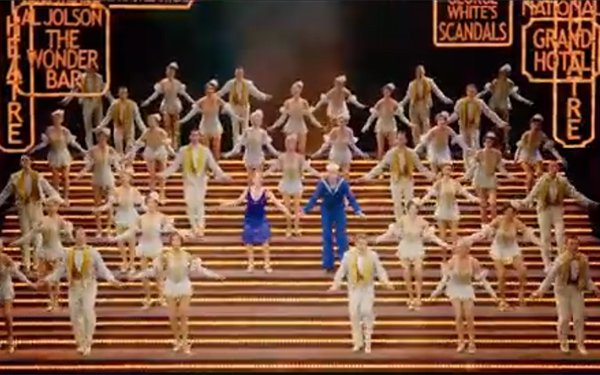 The lights on Broadway are turning back on next month as theaters resume operation after more than a year of being shut down due to the pandemic.

To help generate awareness and fill theaters to capacity Lucky Generals (part of Omnicom’s TBWA) is orchestrating a campaign called This Is Broadway. It will leverage archival footage of iconic performances and other assets to get fans excited about big league theater in the Big Apple as it returns to life. It is working with sibling media agency Resolution on the effort.

The campaign is anchored by an anthem film in which Oprah Winfrey serves as narrator. It is comprised of footage from nearly 100 shows designed to reflect the joy, spectacle, and emotion of Broadway including classics like “A Chorus Line” and “Hamilton.”

According to the agency the campaign uses more archival footage than any previous campaign thanks in part to a joint commitment from key labor unions.

This campaign will integrate data from across the Broadway network in an effort to identify and target audiences most likely to visit a Broadway theatre.  Over 40 independent theater companies that represent the industry’s current season of shows are participating in the effort.

The campaign includes a portal called Thisisbroadway.org, which enables audiences to explore all Broadway shows in production and pass interested audiences directly to a specific show’s site or official ticketing partner.

Data and insights around audience dynamics, their interests, and ticket conversions are being shared with participating productions. The portal will also provide safety information, and real time updates regarding Broadway’s return.

Lucky Generals Strategy Partner, Jess Roubadeaux said, “Broadway’s impact is felt far beyond the reaches of NYC. We sought to create a design system and campaign that could capture its distinctive brilliance – while leveraging a data-driven framework to guarantee audience engagement.”

Prior to the shutdown, Broadway theatres employed an estimated 90,000 people and generated an economic impact of $13 billion on New York City.

Andrew Lazzaro of the Broadway League is credited as the campaign’s architect. “The work benefits enormously from a digitally native team at Lucky Generals that immediately saw the value in data, the role of media, and could move quickly to ensure the creative met the moment to deliver an elegant path to purchase during a period of unprecedented uncertainty,” said Lazzaro.