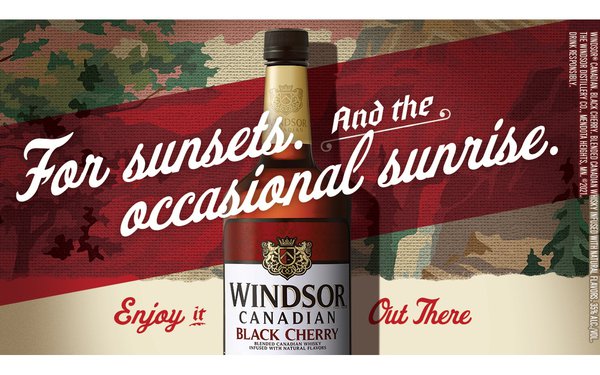 Windsor Canadian has associated itself with the outdoors since its U.S. launch in 1963, often using scenes in the Canadian Rockies to evoke its production in the region (indeed, a Daily Beast columnist last year remembered an ‘80s ad showing mountaineers roped together and scaling a peak).

But the new campaign, from creative agency Fast Horse, is designed to bring a “broader and more inclusive lens to the meaning of outdoor recreation,” Kathy Reilly, vice president marketing and innovation at Prestige Beverage Group, told Marketing Daily. The tagline itself, she noted, “is a universal well-wishing for anyone preparing for outdoor activities.”

“We wanted to bring a fresh, modern approach to the whisky category, which tends to focus on brand heritage and tradition,” said Reilly. “In our research, we found that Millennials and Gen Z consumers of legal drinking age didn’t connect with traditional whisky marketing, but rather appreciated brands that brought a different perspective.”

So the younger crowd is also urged in the messaging to share Windsor Canadian with their “pack” when venturing “out there.”