Parent Goes Through Puberty in Ad for Life 360 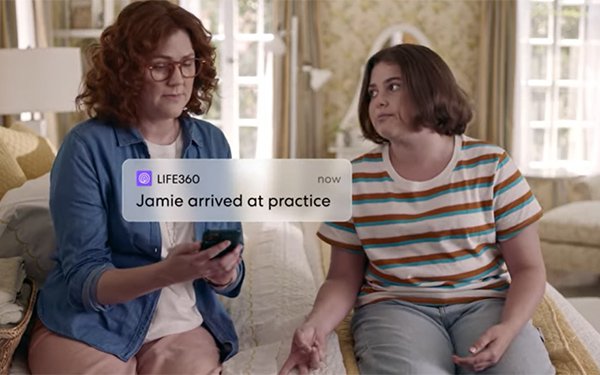 A mother and her teenage daughter experience role reversal in a new ad for Life 360, a location-based service that keeps tabs on your family.

In the ad, from Wunderman Thompson, a teen calls her mother in for a sit-down talk. “I’ve been noticing some changes,” says the teen. “You sent me 43 text messages this week...”

“That you ignore,” says the mom.

“I think you started to go through your own puberty,” says the teen.

The teen then explains that the Life 360 app notifies Mom when she leaves practice or if there’s a crash detection while driving. The mother bristles at this suggestion and then the daughter says, “We’ll get there.”

She ends by telling her mom, “Thank you for being so...awkward.”

The monitoring app is apparently effective. In 2019, Wiredran a story saying Life 360 was “apparently ruining the lives of teenagers across the United States,” with its ability to track teens in real time.

The app does seem to serve a real need. A 2018 Pew Research survey showed 58% of U.S. parents sometimes or often look at their teens’ messages.

This summer, after a decade in business, Life 360 claimed 1 million subscribers and passed a $1 billion valuation.