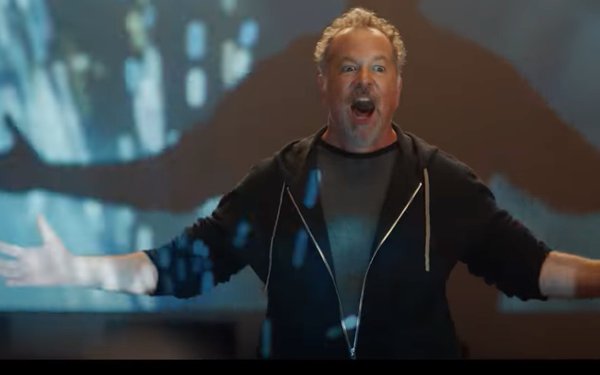 By giving away more than $1 million in National Football League gear and prizes, Pepsi is hoping that fans eschew their typical Sunday activities and unapologetically binge football on television.

With the 2021 season kicking off Thursday night, the official soft drink of the NFL has launched a campaign titled “Made For Football Watching,” backed by “Billions” star David Costabile and fashion designer Dapper Dan.

“It stems from the premise that the world is calling—but so is football,” Pepsi vice president of marketing Todd Kaplan tells Marketing Daily. “Those obligations that you do on a Sunday are in direct conflict. We want people to spend 12 hours on a couch just watching football all day long.”

In this long-form video, Costabile delivers a litany of rationalizations to several adults watching a football game not to succumb to the desire to leave home.

“Look, I understand. You stayed inside for, what, two years? There’s a lot of people out there who want to see you,” Costabile passionately intones. “And there’s this pressure—oressure to brunch, pressure to baby shower. Pressure to real shower.”

The spot, created by VaynerMedia, ends with the image of a can of Pepsi Zero Sugar, which will be a major focus of the campaign going forward.

“Pepsi Zero Sugar has been a huge growth driver for us as a brand. It’s the fastest-growing cola out there,” says Kaplan.

Knowing that Pepsi drinkers “over-index on wanting to wear official NFL gear and badge their fandom to their friends,” the brand has put QR codes on bottles and packs that can be scanned to accumulate points.

The points can be redeemed on NFLShop.com for gear representing 32 NFL teams or to enter weekly sweepstakes whose prizes include a trip for two to Los Angeles to attend Super Bowl LVI.

Points also can be used to score a blend of “luxury streetwear” and football apparel designed by Dapper Dan, who in this video explains the partnership in an interview with former NFL star Victor Cruz.