In late August, as the FDA neared full approval of the Pfizer/BioNTech vaccine, Dr. Megan Ranney, associate dean at Brown University’s School of Public Health, declared: “With this full approval in hand, we're going to have a chance to message again about the safety and effectiveness of this vaccine.”

It is perplexing, given what we know about decision-making, that public health leaders still insist the key to persuasion is the endless repetition of facts.

As linguist George Lakoff has written: “Reason is not rational without emotion, without an overlay of values to make sense of facts.” If the facts don’t fit your emotional framework, the facts won’t matter.

Officials have spent too much time regurgitating the tangible benefits of the vaccine, scolding those who have held out, and spewing hopeless prophecies of  “impending doom.”

These messages lack emotional relevance to the anti-vaxx holdouts, and in fact, may have hardened their resistance. Behavioral science and history suggest a better way -- away from teaching, preaching, and screeching and toward selling and compelling.

Sell. A good sales pitch appeals to our emotions and values. Teen smokers are rebellious types. They don’t want to hear traditional anti-smoking messages because no one is going to tell them what to do.

The “truth” campaign turned that logic on its head by highlighting the lies and half-truths the tobacco industry has used to manipulate young smokers. When kids discovered they were being played for suckers, their behavior changed.

Anti-vaxxers have a similar mindset, ridiculing those who have embraced the vaccine as “sheep.”

But who are the sheep, really? How would these skeptics feel if they knew about the groups cashing in on anti-vaxx hysteria? Or the Fox News hosts who publicly disparaged the vaccine while scurrying to the front of the line when it was time for their jab? They might react like those teen smokers when they finally saw things for how they really were.

An effective sales pitch is also clear. It doesn’t sound like this tweet from the White House:“Our new COVID-19 plan will reduce the number of unvaccinated Americans, decrease hospitalizations and deaths, allow our children to go to schools safely, and keep our economy strong by keeping businesses open.”

Cramming all those outcomes into a single message dilutes the impact.  In a CNN report, a physician described COVID as, “our World War II.”  Well, during World War II, the US government asked its citizens to make numerous sacrifices -- far more than most citizens are making today. Government propaganda efforts were rooted in patriotism and emotion, and cut to the chase with single-minded communication, plain language, and metaphor. 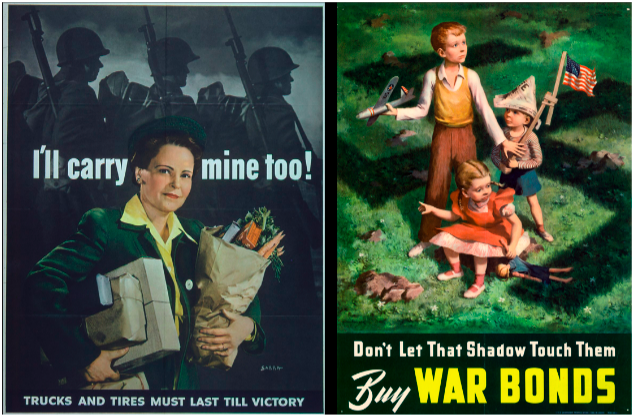 These messages didn’t overtly guilt or shame anyone; that tends to backfire. They gave you credit for being a good citizen who would do the right thing. But they did subtly invite you to consider, at least subconsciously, how guilty or ashamed you would feel if you didn’t.

Social proof is another way to sell. In some rural areas, succumbing to the vaccine carries a stigma. Even those who get the shots won’t fess up to it.

But imagine a program in which doctors encouraged respected members of these tight-knit communities not only to get the vaccine but also to talk about it -- and also encouraged the vaccinated to discuss their decision with their friends and family.

You may not trust what the government or the big-city libs tell you. But it is different if someone near you, who clearly shares your values -- the high-school football star, the beloved local business owner, your sister, or the buddy you’ve known since kindergarten -- makes the same suggestion.

Social scientists call this the contact hypothesis, and it may explain why Americans across the board shifted their views on gay rights relatively quickly. The more people came out, the more likely it was that someone close to you was gay, and it is hard to stigmatize someone you care about.

Compel. The pandemic is an abstraction for most of us because we are not watching COVID patients suffocating to death on the news each night. But what if we could?  Even some staunch vaccine holdouts who have seen loved ones suffer have had a sudden change of heart.

9/11 struck us viscerally because we witnessed the planes crashing into the towers. The videos of police and their dogs mauling peaceful Black protestors dramatized the injustices and violence of Jim Crow in a way that decades worth of words never could.

Similarly, public health message-makers should consider ways to make the horrors of this virus more visible and help us see -- literally see -- beyond the statistics to the individual experiences.

Of course, personal responsibility has its limits, and that’s where vaccine requirements come in. Although the Civil Rights Movement changed plenty of hearts, it didn’t change everyone. Federal legislation carried us the last mile. Similarly, time is of the essence with COVID, so it probably is time to make people’s decisions for them.

The Biden Administration has been dealt a bad hand, made worse by nihilistic extremists who are willing to let their constituents die to win political points. In such an environment, persuasion has its limits, but it still has a role -- especially when those efforts are rooted in the science of human behavior.