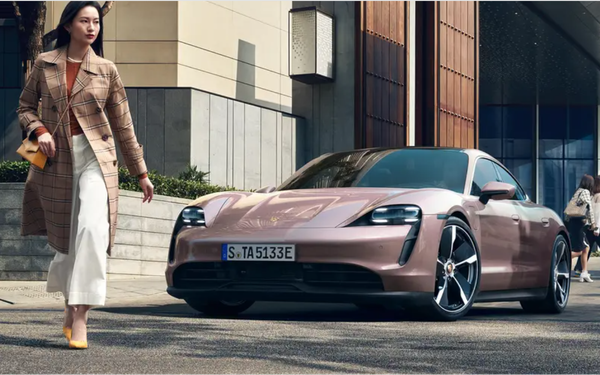 If it seems like J.D. Power just released another study, that's because it just did.

IQS is the one that automakers are most likely to reference in its marketing, often at the end of a spot. Last year Dodge created an entire ad using its first-place finish in both studies as a jumping off point.

The APEAL study speaks more to marketing, branding and customer loyalty. Like IQS, the APEAL study is based on responses gathered from owners of new 2021 model-year vehicles during the first 90 days of ownership.

This year, Porsche is the highest-ranking premium brand, Dodge tops the mass-market brands and General Motors garnered the most segment-level awards

The study measures owners’ emotional experiences and level of excitement for their new vehicle across a wide range of attributes, ranging from the power they feel when they step on the accelerator to the sense of comfort and luxury they feel when climbing into the driver’s seat. These attributes are combined into an overall APEAL index score measured on a 1,000-point scale.

On the strength of some very successful new-vehicle launches for 2021, the auto industry continues its trend of producing ever-more appealing vehicles, according to the company.

“The product launches that took place this model year have done a really good job” and "demonstrate that automakers are getting even better at hitting buyers' emotional triggers," Amodeo says in a release.

The gap between which features are offered on non-luxury models is getting closer to those offered on luxury vehicles, says  Michele Krebs, executive analyst, Cox Automotive, who calls it “the democratization of technology and amenities.”

“It consistently shows that successful brands and models strike the right balance of practicality with emotion,” Krebs tells Marketing Daily. "That emotional aspect becomes more important as vehicles – luxury and non-luxury – reach parity in terms of quality, reliability and features. How those factors are executed becomes the differentiator between brands.”