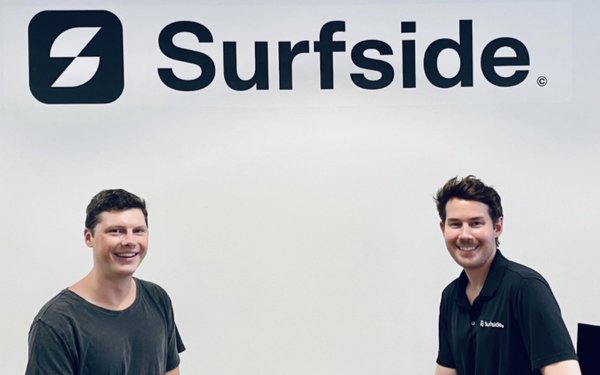 Nonetheless, targeting consumers with cannabis ads remains a major challenge during the federal government’s seemingly endless marathon toward decriminalization and legalization of cannabis.

In June, Apple changed its policy of banning apps that facilitated the sale of cannabis and other controlled substances. The pivot opened the door to “licensed or otherwise legal cannabis dispensaries.”

Google—which in 2019 banned apps that facilitate cannabis sales—is sticking with that stance.

Given the federal government’s lack of progress on either decriminalizing or legalizing cannabis, investment dollars continue to flow to digital platforms that connect cannabis consumers and businesses while navigating state-by-state regulations.

In this interview, edited for brevity and clarity, Blanche talks about Apple’s latest move, how more publishers have opened up to cannabis ads, and the future potential of streaming television in the cannabis space.

CPG FYI: What are some of the challenges of serving cannabis ads on apps, websites and streaming video services?

Blanche: We need to ensure we’re able to identify the user with a high degree of certainty. That’s mainly to ensure they're legal age—and to mitigate the risk of getting blowback from serving a cannabis ad to someone who has zero intent of purchasing.

CPG FYI: What’s changed among publishers when it comes to serving cannabis ads?

CPG FYI: What do you think of Apple’s app policy change?

Blanche: It’s a huge deal. We’re at a real tipping point as an industry, especially as more states open up and accept recreational cannabis. It’s great to see some of the large technology platforms starting to support that. Previously, it wasn’t conducive to a good customer experience if you went to a dispensary and—rather than opening up an app and placing an order—you’d have to open a browser and sign in. It was fragmented.

CPG FYI: So can you pay for the transaction within the app with, say, Venmo or a credit card?

Blanche: No. That’s not available in the cannabis industry at all yet. It’s more that you’re allowed to place the order and you’ll have a deferred payment mechanism. You reconcile when you place an order and pick it up in-store or, in a similar fashion, if you want delivery you reconcile when you receive delivery.

CPG FYI: How would federal legalization of cannabis impact advertising it?

Blanche: Straightaway, you’ll have to compete with Facebook and Google. If you look at the standard media mix, they are the lion’s share of where brands are allocating dollars.

Blanche: There’s a little bit of appetite coming out now. When we announced our seed fund raise, I had people from Google’s advertising team reach out. Once they found out a little bit about the business, they quickly kind of backtracked their level of interest.

Blanche: Instagram as a platform doesn’t lend itself to adhering to the state-by-state regulation changes because when you put content on Instagram, it is put up on the network. You cannot geo-filter it and say “I only want to show this to people in my DMA or in the state of Florida.”

Blanche: We do have the ability to serve ads in the connected TV environment. The major concern there is just the quality of identifying the user. Generally, TV would be a one-to-many mechanism, as opposed to the browser or the mobile phone being one-to-one. So that’s why we have bias toward [connected TV] at the moment. We’ll evolve into the space when we feel comfortable.