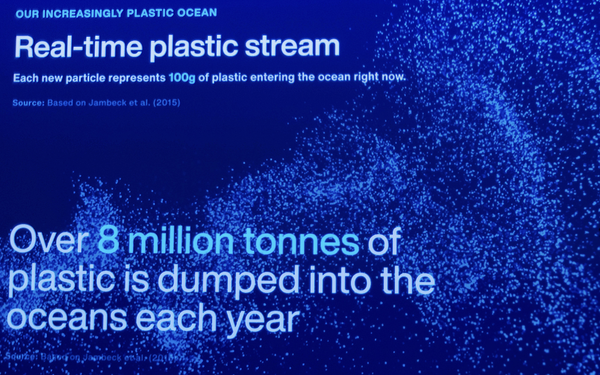 SC Johnson, which recently began plastic recycling programs for its home state Milwaukee Bucks basketball team and Milwaukee Brewers baseball team, has expanded its efforts to football. No, not the Green Bay Packers, but the U.K.’s Liverpool Football Club.

Fans use more than 500,000 plastic bottles at Liverpool FC’s Anfield stadium annually, SC Johnson says, and they can now discard their empties into special receptacles for recycling into new Mr. Muscle trigger bottles.

The family-run household cleaning product company doesn’t sell Mr. Muscle in the U.S., but a related product, Scrubbing Bubbles, is the recipient of the Bucks and Brewers projects.  The more than 1 million plastic cups used at each team’s stadiums annually will be recycled into Scrubbing Bubbles packaging, the company says.

As part of an SC Johnson commitment to making 100% of its plastic packaging recyclable, reusable or compostable by 2025, the company is now making all of its Mr. Muscle trigger bottles out of 100% post-consumer recycled (PCR) plastic content.

"Plastic waste is a threat to our planet for this and future generations," declared Fisk Johnson, the fifth-generation chairman and CEO of SC Johnson, which has been around for 135 years. "At SC Johnson, we believe we all have a responsibility to solve this critical environmental issue."

The company’s far-ranging sustainability efforts also include a partnership with Plastic Bank, where otherwise ocean-bound plastics are being used in packaging for both Mr. Muscle Window & Glass Cleaner in the U.K. and its Windex equivalent in North America.

And last week, SC Johnson and Conservation International launched The Blue Paradox, a free London-based immersive experience running through Sept. 27. The site’s 360-degree digital projections allow visitors to “walk beneath the ocean’s surface to explore the impact plastic waste has on our planet’s most valuable natural resource.”

For every visitor to The Blue Paradox, the company pledged donations to Conversation International to protect 1 square kilometre (about 0.39 square miles) of the ocean -- with a minimum commitment to an area roughly six times the size of Greater London.