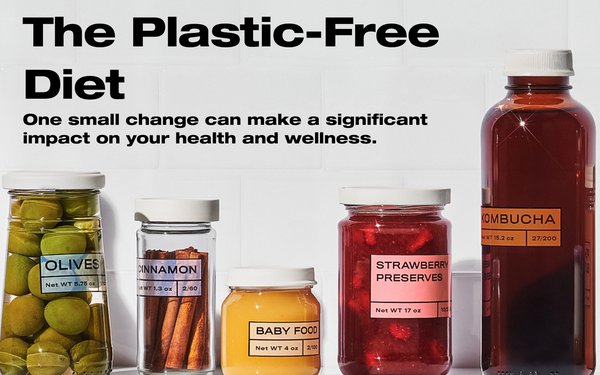 Should people choose glass over plastic food and beverage packaging, or just learn more about recycling? (Maybe do both?)

For O-I Glass, which is the world’s leading glass manufacturer, it’s the former—as explained in its new “Plastic-Free Diet” campaign.

Meanwhile, Pepsi has launched “Trash Talk” as a way of educating consumers how best to recycle both plastic bottles and cans.

O-I is using digital platforms and influencers to spread the word that plastic can transfer known and unidentified chemicals into packaged food and beverages.

That message is based on a study by the University of Newcastle, Australia showing that over the course of a week “an average person could be ingesting” approximately five grams of plastic—roughly equivalent to “a credit card’s worth of microplastics.”

“Plastic-Free Diet” from VaynerMedia encourages eliminating eating and drinking anything with plastic packaging for at least one week.

It’s designed to dovetail with the increased emphasis on health and wellness that has accompanied the ongoing pandemic.

“Education is at center of the campaign,” VaynerMedia senior vice president Lisa Harap tells Marketing Daily. “It’s eye-opening the amount of plastic we use day in and day out. We thought it would be interesting and thought-provoking proposition for consumers to try to go a whole week without plastic.”

To bring the messaging to the point of sale, O-I launched an in-app activation on Instacart. It lets shoppers explore shoppable pages of glass-packaged food and beverages in such categories as condiments, dips and spreads and soft drinks.

“I want to start my search knowing that these are all in glass packaging and then I will choose the brand or the flavor or the unique item that’s right for me,” says Harap. “Online, you don’t necessarily what the packaging is just from the photo.”

Pepsi has recruited NFL stars to teach fans how to “talk trash” and better understand what gets recycled. They’re delivered in the form of “mini public service announcements.”

In this spot from VaynerMedia, Minnesota Vikings linebacker Anthony Barr explains the difference between an empty Pepsi Zero Sugar bottle—which he puts in a recycling bin—and a huge piece of yucky-looking (fake) cheese that ends up in a garbage receptacle.

Pepsi is directing people to the PepsiTrashTalk.com web page, where they can hear other NFL players talk about the differences between recyclables and trash.

All Pepsi-branded products are scheduled to be converted to 100% recycled plastic bottles by 2030. The target for Pepsi Zero Sugar is 2022.