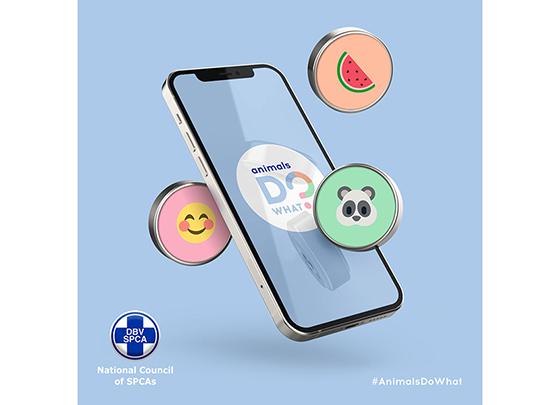 In a category typically dominated by dejected dogs and castoff cats, an upbeat new campaign from South Africa is harnessing emojis to help animals in a different way.

The global campaign leans heavily on social media, starting with a challenge on Twitter. It invites anyone to use any emoji with the #AnimalsDoWhat hashtag. The organization then tweets back a fun fact, linking that emoji to how animals are beneficial to people.

It claims to have an answer for every one of the 3,147 animal emojis available.

The organization is also tagging corporations, such as BMW, Crocs and Huawei, as well as celebrities and influencers, asking for donations to acknowledge the impact animals have on them.

One request, for instance, targets Twitter itself: “Hey @Twitter, you know the bird in your logo? We heard you used it because it represents freedom and creativity … animals do so much for us.” It then asks it to repay the favor with a donation to animals.

Snapchat also figures in, with lenses that allow people to add animal features to themselves.

The nonprofit has invited Spotify into the game, too, with an animal-inspired workout playlist that includes classics such as “Three Little Birds, “The Lion Sleeps Tonight,” and – predictably – “Who Let the Dogs Out?”

A series of spread print ads also support the push. “What if we could create something that helps people with PTSD?” asks one page. Facing it is a photo of a sweet-faced jackass. “Nature already did. It’s called a donkey?”

“Animals do more for us than we could ever imagine,” says Stephanie Senatore, creative director of M&C Saatchi Abel, the Johannesburg-based ad agency behind the campaign. “It’s time we do more for them.”

In an email to Marketing Daily, she says the National Council of SPCAs, which represents animal-protection groups throughout the country, wanted to use this lighthearted approach to challenge people.

Wondering who decides which animals — such as the opossum, oyster, ladybug — are lucky enough to rate an emoji? It turns out to be the obscure Unicode Consortium. The industry group also tracks how often people use them. The latest ranking shows that by far, the laughing-til-I-cried emoji is the world’s most popular, used 9.9% of the time, followed by a red heart, 6.6%, and the heart-eyes smiling emoji, 4.2%.