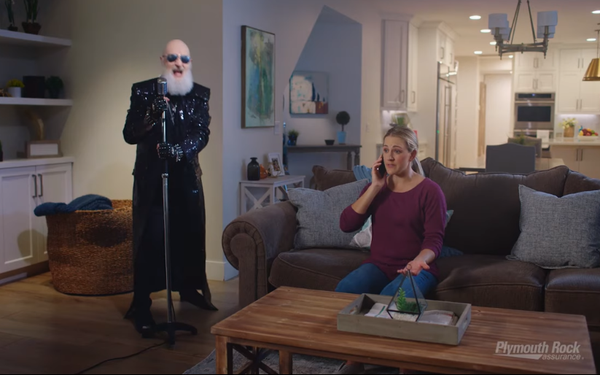 It’s one of the oddest pairings yet in rock stars and brands—Rob Halford, former lead singer of heavy metal group Judas Priest—and Plymouth Rock Assurance, an insurance company—but, hey, it is 2021.

In the ad, from Boston-base agency HeyLetsGo, Halford sings, “I like it! Amazing!” as a woman calls Plymouth and says, “Let’s do it!” Next thing you know, she’s singing “Rolling!” and dancing as Halford emotes before the mic.

As one site noted, it’s “a bit of a cringe-fest” but it’s a nice wink to now-middle-aged consumers who used to rock out to the band back in the day.

And if you think scoring an insurance ad is a sellout, well, then you’ve got another thing coming.