Role Reversal Is Used In Ad About Learning To Care 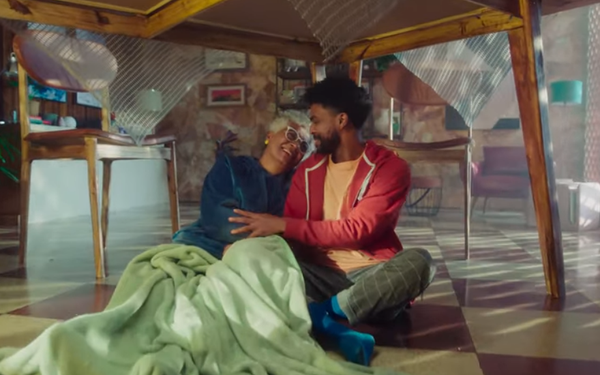 In this touching spot, kids who have presumably grown up tending to Hasbro Baby Alive dolls are doing the same with their aging parents.

The ad starts with a woman in her thirties spooning yogurt to an older adult (presumably her father) then shows a man with his (presumed) mother sitting under a table under a blanket. The ad then shows a young girl at night with the backdrop of a Ferris wheel as she tends to her doll. Then, the girl is a bit older and is brushing the hair of an older woman.

The ad, via Ogilvy Brazil, celebrates the affection and empathy that runs through generations. Though the ad is in English, it runs in Brazil, where grandparents have a fundamental role in children’s lives, both financial and emotional.

The key to the ad is that the roles of the children and adults are shifted. The surreal air is punctuated by little changes. Modernista, which produced the ad, created a giant table and chairs, so the adults are given the role of children seated on the floor.

The message clearly is that habits instilled in childhood stay with a child until they are much older. Apparently, this ad is targeted more at adults than at children, who are typically the demo for such ads.