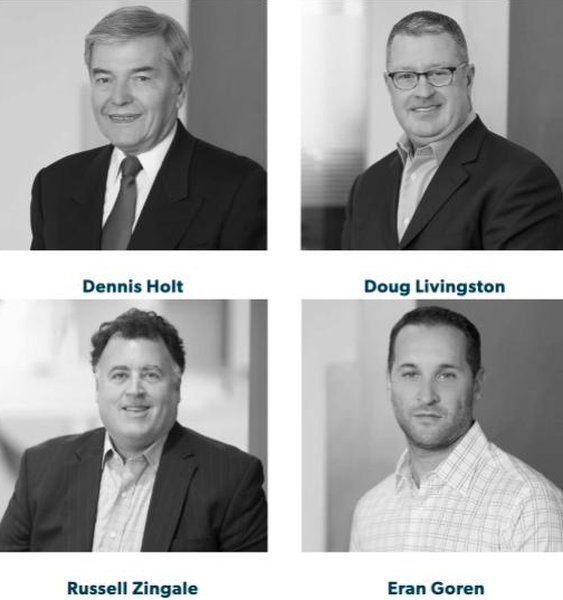 Dennis Holt, and some of the top executives of the independent media services agency he founded -- U.S. International Media (USIM) --  have quietly incubated a new agency model they believe is the future of advertising and have spun it off as its own company.

The new age agency, Irvine, CA-based MatrixPoint, is owned by Holt, a pioneer of the independent media services agency business, and three other members of USIM’s management team -- President-COO Doug Livingston, President-Eastern Region Russell Zingale, and President-Western Region and Chief Digital Officer Eran Goren -- who will continue with dual roles as USIM even as they grow MatrixPoint, which has quietly been operating for nearly two years, but is being officially unveiled today with its expansion into a new services practice: “staff augmentation.”

The timing of that practice couldn’t be better for two reasons. One is a recent phenomenon -- the COVID-19 pandemic -- which has disrupted many advertiser and agency organizations, displaced talent and led others to second guess their careers.

The other is a longer-term factor of evolving advertising talent pools and the fact that many clients have begun brining advertising services, including media-buying, in-house, but don’t necessarily have the internal staffs to support them.

The marketing and media staff augmentation service advises clients -- both marketers, as well as other ad agencies -- on how to fulfill their staffing needs, including talent that may not be on payroll, but works on a project or contractual basis to augment the internal organizations of their clients.

The new practice is one of several evolving areas MatrixPoint is focusing on, because the founders believe the ad industry that the original agency and advertiser organizations were built around has, and will continue to evolve so much, it won’t look anything like the one they started with.

“We’re in the midst of a massive change in the marketing and media landscape,” explains Goren, a managing partner at MatrixPoint, in addition to his roles at USIM. “You’ll most of the media execution work go away and the value of an agency will be more like a consulting firm,” he asserts.

If that sounds like a hedge against a day when agencies like USIM no longer exist, Goren says that won’t happen any time soon, but that there will continue to be a slow migration toward a new kind of agile, consulting-based advertising services industry that is flexible and fast enough to adapt to the changing advertising and media landscape.

In fact, MatrixPoint initially began working two years ago by advising clients on transparency, and consumer data privacy practices, and to date it says about a fifth of its client base are other ad agencies.

In some ways, MatrixPoint sounds a little like Ascential Plc’s MediaLink and other ad industry-specific management consultants, but Goren says it will never handle account reviews or other areas of potential conflict, and that its advisory services are 100% independent and neutral to USIM, which is managed as a separate business.

Goren says MatrixPoint is positioned somewhere between the MediaLinks of the world and big management consultants such as Accenture, which have been acquiring agencies and moving explicitly into traditional advertising and media-buying services.

But the main reason for spinning it off into its own company, he says, is a cultural one, noting that traditional agency organizations simply cannot think in a way that can adapt as agilely as a new independent advertising consulting practice.