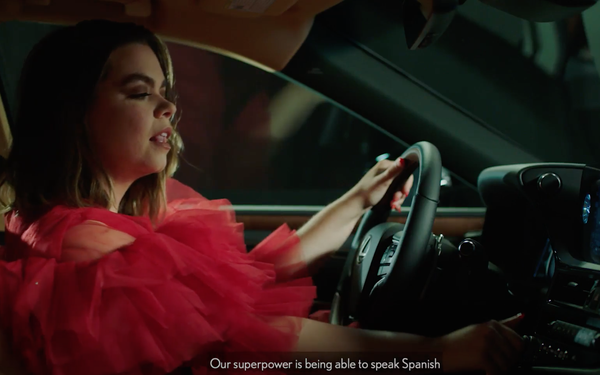 Lexus is tapping minority-owned digital media and content company Cocina and its global audience of 90 million-plus in honor of Hispanic Heritage month.

This is the second time Lexus has partnered with Cocina and Discovery En Espanol to create culturally relevant content to reach this audience that represents such a large portion of the population.

A website, www.lexusartofelevation.com, serves as the landing page for the effort.

“The Hispanic community embodies the very essence of artistry and elevation, with a drive to innovate and inspire,” says Lisa McQueen, Lexus media manager, in a release.

Nearly four of 10 Americans identify with a race or ethnic group other than white, and the 2010 to 2020 decade was the first in the nation’s history in which the white population declined in numbers.