Diversity-Themed 'Social Experiment' Show Is Not For Everyone 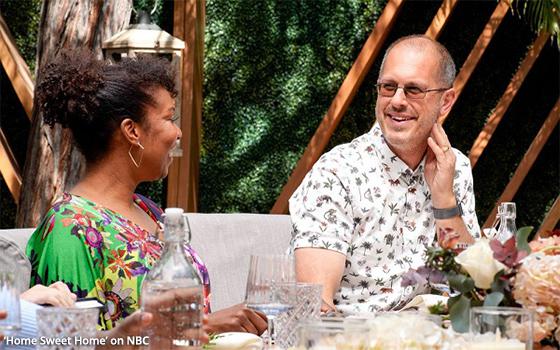 When a TV show comes along that bills itself as a “social experiment,” my skepticism instinct immediately kicks in.

In my usually sarcastic way, I thought to myself: “Social experiment? How about an ‘entertainment experiment’? I would much rather be entertained by a TV show than play a fly on the wall watching people of diverse backgrounds live in each other’s houses.”

And after watching the first episode of “Home Sweet Home” earlier this week, I still feel the same way. At the same time, I will acknowledge that the show’s intentions seem sincere enough.

According to NBC’s publicity spin, this reality TV show “social experiment” is aimed at improving understanding and communication between Americans of diverse religions, colors, gender and anything else that comes to mind.

On “Home Sweet Home,” pairs of families representing differences in all of the categories mentioned above will trade houses and live like the other family lives for a period of time.

For example, in the premiere episode, one family is African-American and headed by two women.

The other family are Americans of the Greek Orthodox faith who celebrate their Greek heritage with activities such as Greek dancing when family members come to their home for dinner, and regular attendance at their Greek Orthodox church.

When the two families move into each other’s homes, they know nothing about the people whose home they are suddenly living in.

Thus, part of the experience for these families is the process of getting to know the homeowners by living among their belongings and also meeting friends and family who turn up to say hello.

Each of the families in Episode One figured out the basics about each other in a relatively short time.

This was accomplished chiefly by interacting with people who figure into the other family’s life -- from relatives to a visiting piano teacher.

The show is made up mainly of earnest conversations between members of each family, and the various family members with friends and relatives of the other family.

Predictably, the conversations’ subject matter can be boiled down to one overarching topic -- identity and its many au courant categories including “queerness” and “whiteness” (the latter word uttered with disdain).

Maybe my problem is that I am predisposed to tuning out a TV show when it preaches to me about appreciating other people’s differences and diverse backgrounds.

I already do that for the simple reason that I live in New York City. If I were the type of person who is impatient with others who are different than me, I would live elsewhere.

So, when I encounter a TV show that insists that America “needs” this exercise in diversity understanding, I figure that this kind of thing is for other Americans who do not live among every other ethnic and religious group on the planet.

Maybe some of them “need” this exercise or maybe they do not. On this subject, the show did revive a memory of a visit I once made to one of our western states.

In a conversation with someone there I formed the impression that his idea of all Jewish people was that they looked like and dressed like Hasids (not that he would have known or used the word “Hasid”).

As a Jewish American who does not dress like a Hasid, I was not offended by this man just because he had had no personal experience with any Jews since none apparently lived in his community. I found this interesting.

At the outset of “Home Sweet Home,” an on-screen question is posed: “Could you live in another family’s home?” Again, my sarcastic self had an answer: “Are you kidding? I don’t even like staying in my own relatives’ homes.”

There then came a follow-up question: “And let them explore yours?” This time, I had a simple answer, “No.”

It reminds of something my late father-in-law, a wise man, once said. Said he, “Everybody should stay in their own house.” I couldn’t agree more.

african american, television
1 comment about "Diversity-Themed 'Social Experiment' Show Is Not For Everyone".
Check to receive email when comments are posted.
Next story loading